Celebs and MPs back the call for a #FoieGrasFreeGB

As the Government goes into Brexit talks, we are campaigning for plans to include a ban on foie gras imports - and British celebrities and MPs are joining us!
03/07/2017 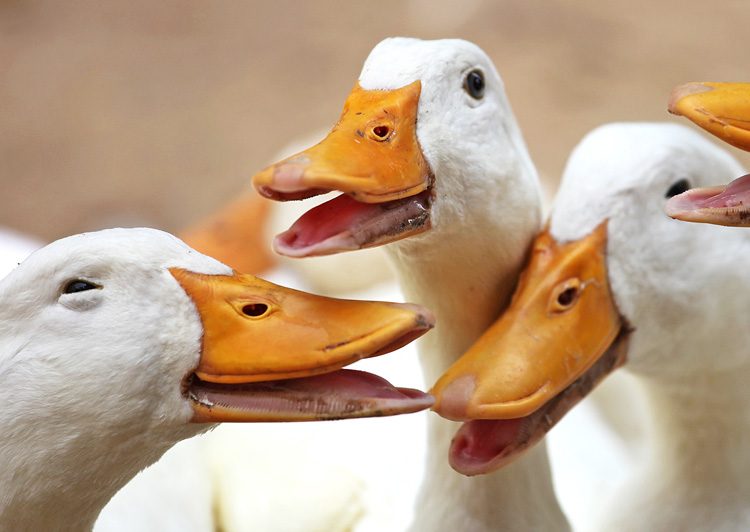 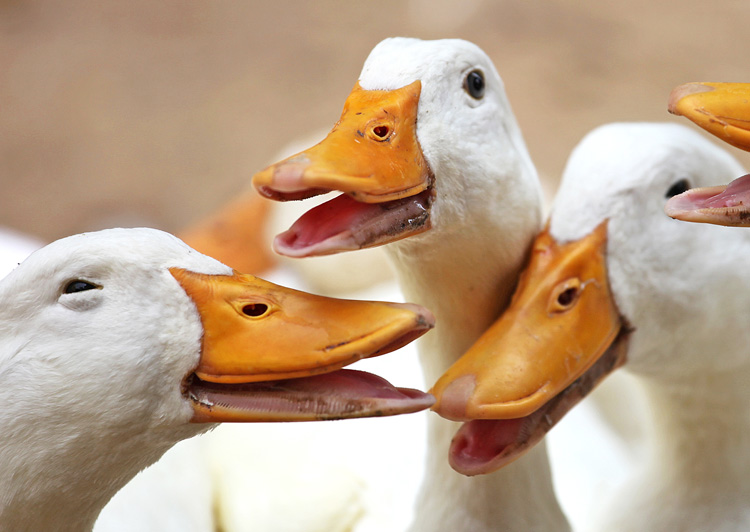 Joanna Lumley, Peter Egan and Steven Berkoff are all backing Animal Equality’s campaign, calling for a Government commitment to ban imports of foie gras as soon as we leave the EU. The initiative also has cross-party support from MPs.

Leaving the EU gives us a unique opportunity to rid Britain of this extraordinarily cruel product, as trade regulations imposed by the EU will no longer prevent a ban being put in place. Animal Equality investigations inside more than a dozen foie gras farms in France and Spain have found extreme suffering, with the dead among the living in every single one. We are now asking all British animal lovers to add their name to our petition calling for a #FoieGrasFreeGB.

Some of Britain’s best known animal advocates, including MPs, are lending their support to Animal Equality’s campaign. 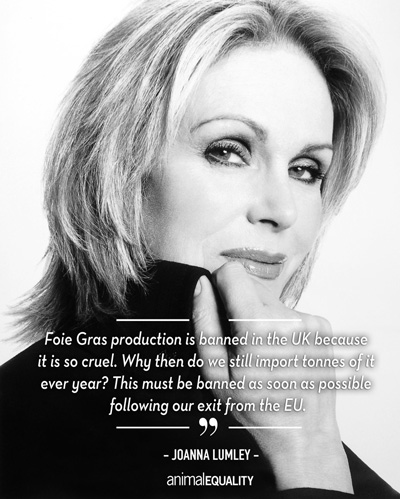 Peter Egan: “The cruel and horrible way Foie Gras is produced by literally stuffing a poor duck or goose with grain until its liver becomes diseased and swells to bursting is disgusting to contemplate. We banned its production in the UK because it’s cruel. Now lets ban the importation of this cruel product. Make the UK Foie Gras Free!”

Chris Williamson, Labour MP: “We are a nation of animal lovers and have rightly already banned the production of foie gras on our shores because of the extreme suffering it causes to ducks and geese. If exiting the EU will provide us the opportunity to ban the importation of this cruel product then the Government should do so.”

Henry Smith, Conservative MP: “The production of foie gras is rightly banned in the UK but, whilst sill EU members, unfortunately we can’t yet ban its import. A real animal welfare opportunity to impose a ban on this cruel practice when Brexit is complete can be realised and I call on the Government to act at the earliest possible time.”

Caroline Lucas, Green MP: “We have rightly already banned the production of foie gras in Britain because of the extreme suffering it causes to ducks and geese. Exiting the EU gives us the opportunity to ban the importation of this cruel product and make Britain foie-gras free – the Government must act now.”