Saving lives around the world by exposing the truth.

THE POWER OF UNDERCOVER INVESTIGATIONS

Investigations are the most powerful tool we have to expose the cruel and abusive treatment of animals inside the secretive world of industrial animal agriculture.

Our undercover investigators document and help end horrific animal abuse. Their work is frequently featured in the media, encouraging consumers to make more informed decisions each time they choose what to eat. It also persuades policymakers and companies to make meaningful changes for animals. 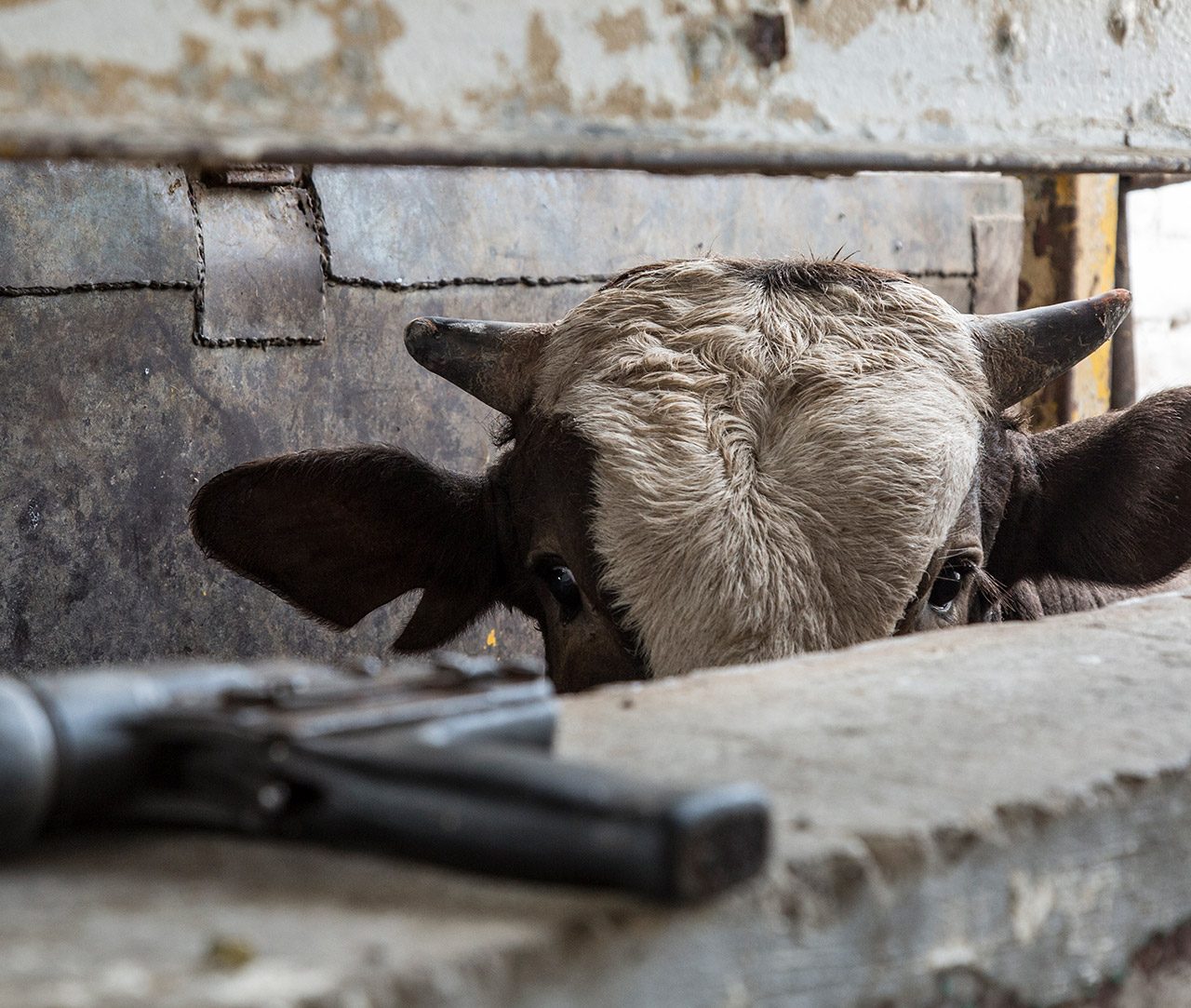 Since we were founded in 2006, Animal Equality investigators have filmed inside more than 700 factory farms and slaughterhouses across 13 countries. The footage we have obtained has helped launch several major campaigns that have changed the world for animals.

Several of our investigations have been first of their kind looks into the secretive animal agriculture industry. In 2008, Animal Equality made history when we became the first organisation to infiltrate slaughterhouses in Spain. In both Mexico and Brazil, we conducted the first ever investigations into the cruel egg industry, igniting conversations about the way animals are treated. 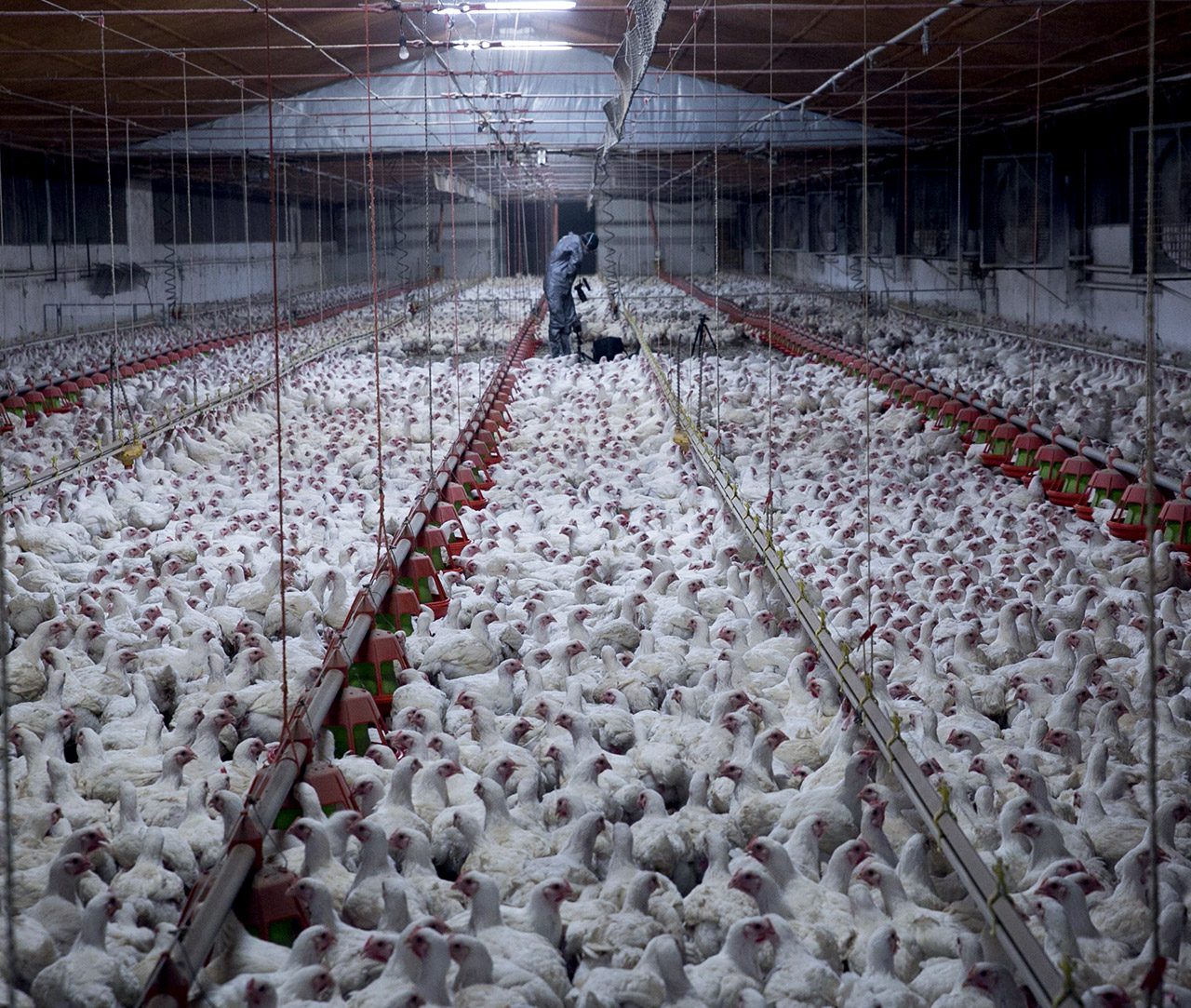 Our investigations have helped inform the legislative process in several countries. Following an Animal Equality investigation, we introduced legislation to the Mexican Senate that would criminalise cruelty to farmed animals.

At the European Parliament, a measure to develop a ban on cages for rabbits was successfully passed. This was, according to Politico magazine, a direct result of Animal Equality’s work.

Investigations are also an important tool for shutting down animal exploitation facilities. Following Animal Equality investigations, authorities ordered the closure of a foie gras farm in Spain and a pig farm in the UK.

It was also our investigations that helped achieve historic sentences for workers convicted of farmed animal cruelty in both Spain and the UK.

Our brave investigators have a mission: exposing animal cruelty. They go to great lengths to ensure that defenseless animals are given a voice. Investigators document the shocking yet standard practices on factory farms by going undercover.

Combining social media with advanced technologies, they live stream hidden camera footage over the internet. They go underwater to film the brutal killing of tuna and take to the sky with drones to film the environmental impacts of industrial farming. The pioneering use of 360-degree cameras gives the public a virtual first-hand view inside cruel factory farms. Our investigations are changing people’s attitudes towards farmed animals. 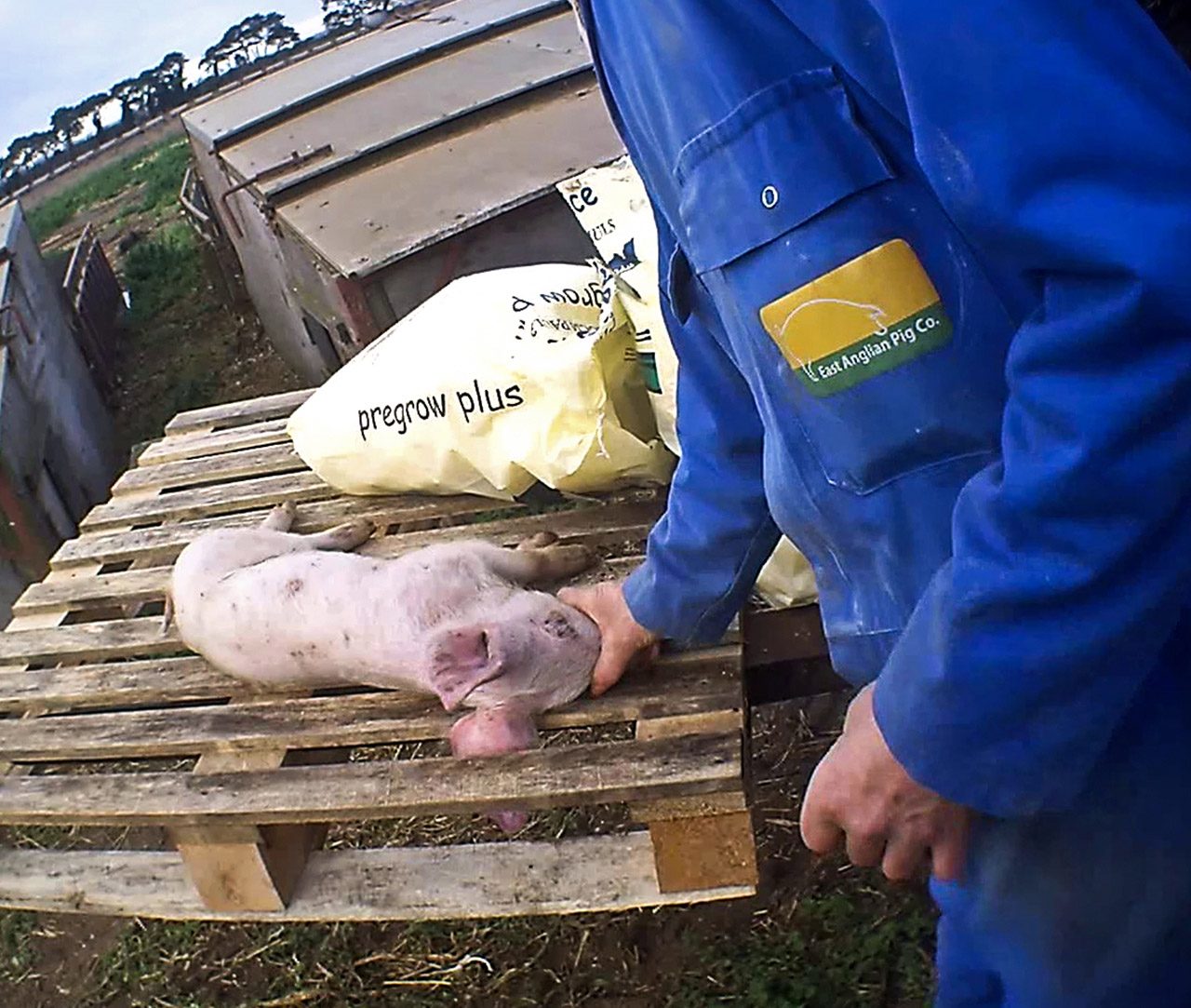 Animal Equality uses the latest hidden camera technology to bring animal abuse to light around the world. Wired with the latest devices, we have uncovered time again that there is no such thing as humane farming. 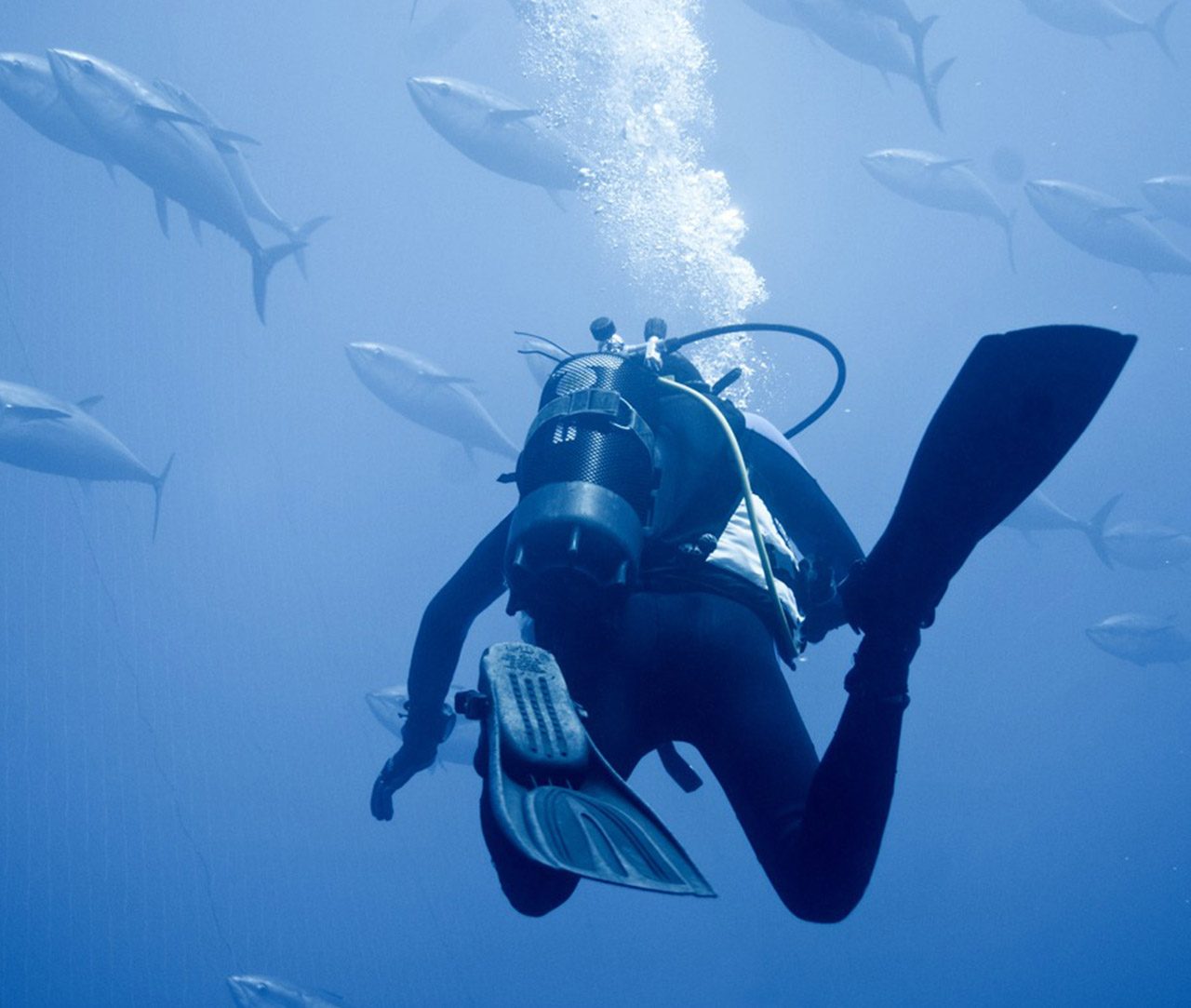 Our brave team of investigators also go underwater to capture shocking images of cruelty. This endeavour is challenging, but necessary, as aquatic animals are some of the most abused on the planet. Animal Equality meets these unique difficulties with creativity and by using modern devices. Our underwater work has uncovered cruelty such as the killing of tuna in Italy, a first of its kind investigation that was featured in the documentaries Cowspiracy and Dominion. 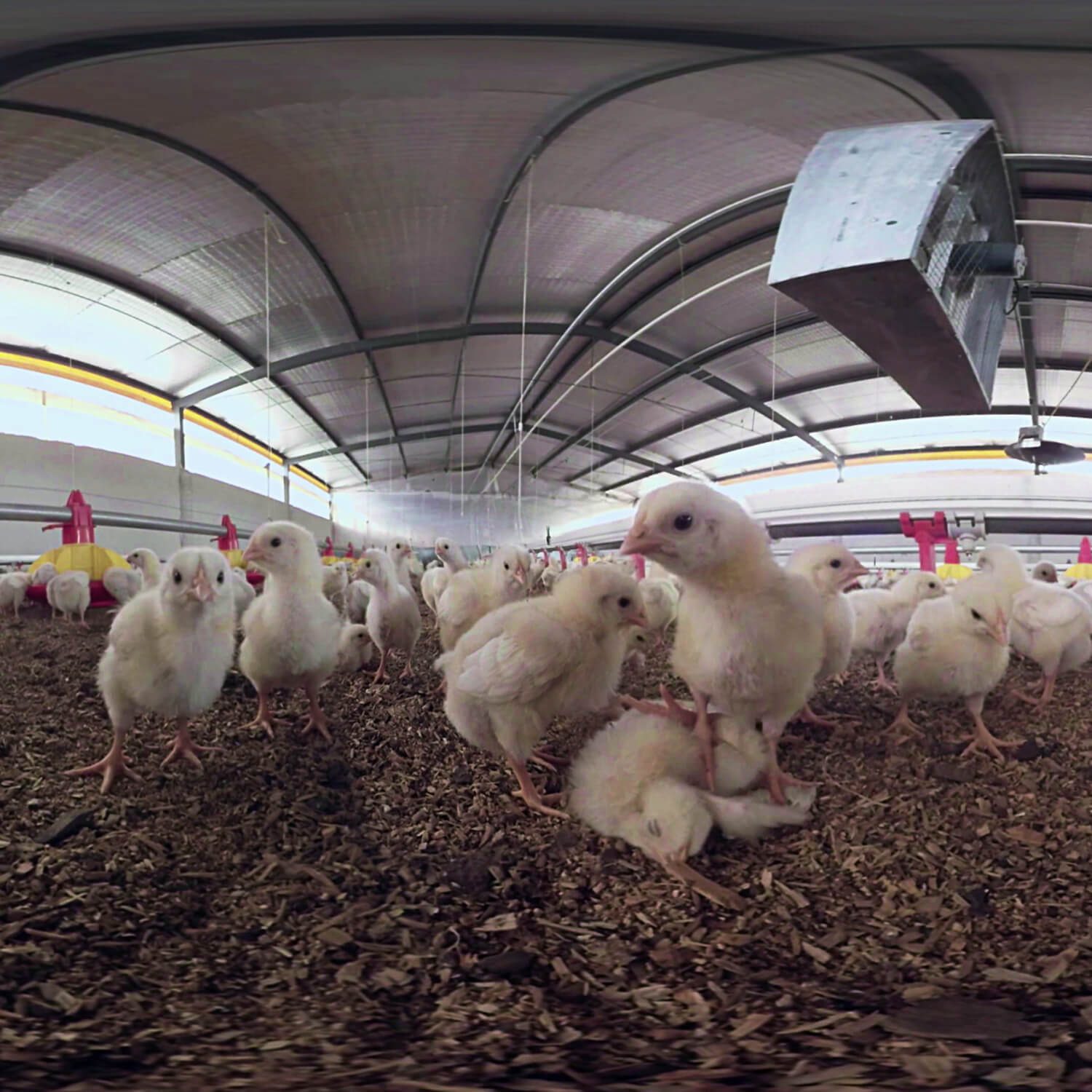 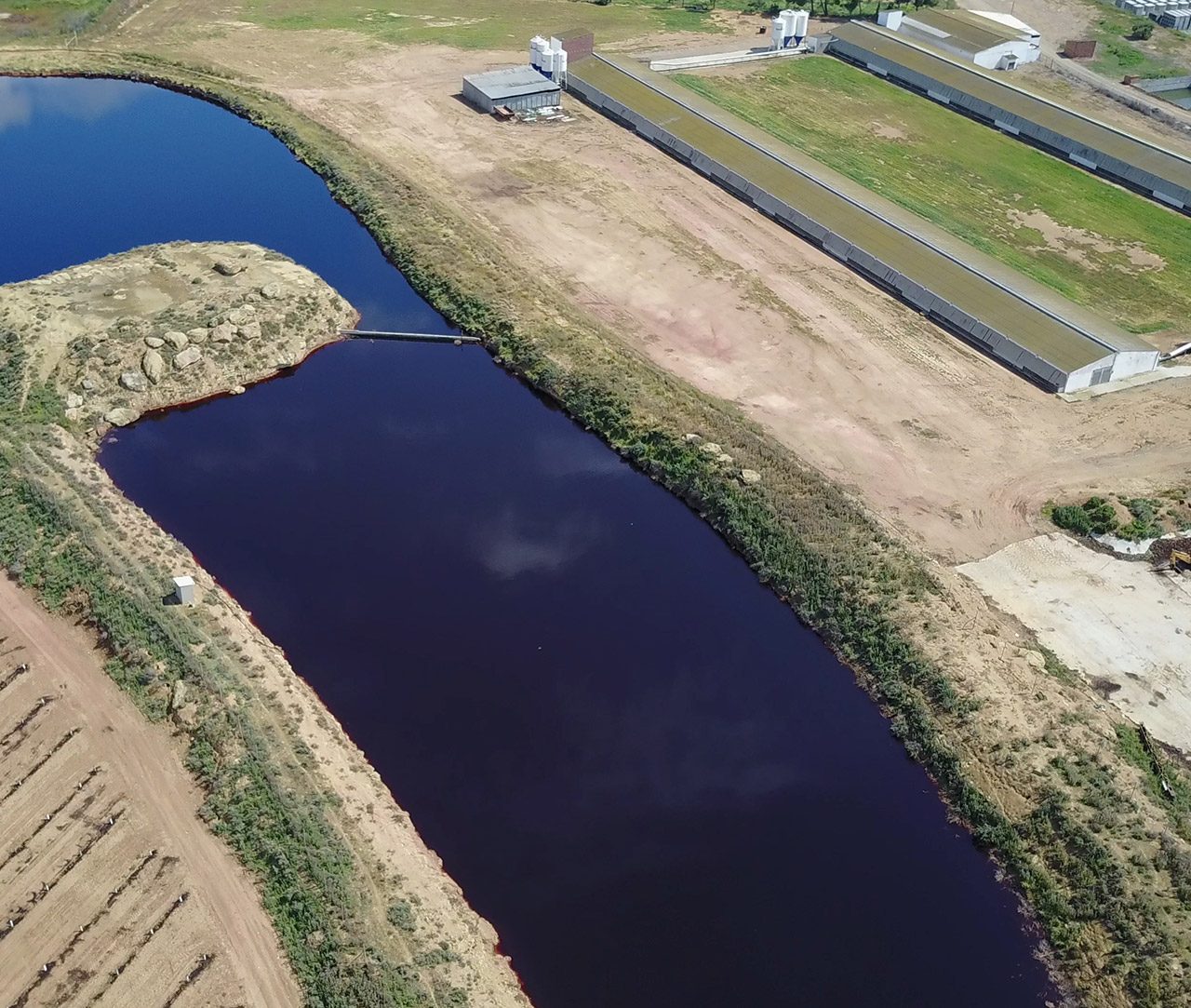 Using these modern devices to film waste pools from the air to prove the massive pollution of factory farming in Spain and Italy, or to show the cruelty behind the largest ritual killing in the world in Nepal, Animal Equality reaches the sky to help animals around the world.

farm workers convicted
of animal cruelty in the UK

animals saved for every pound
spent on investigations

people have watched our investigation
on chicken hatcheries

views through media
and social media in 2017 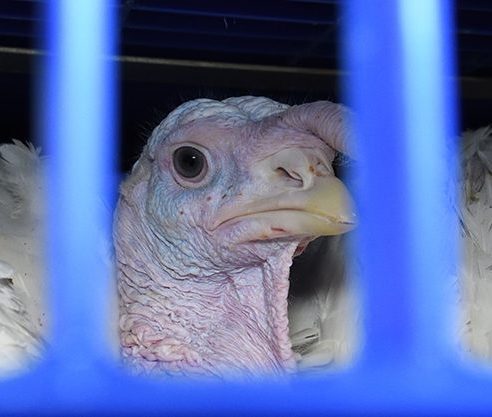 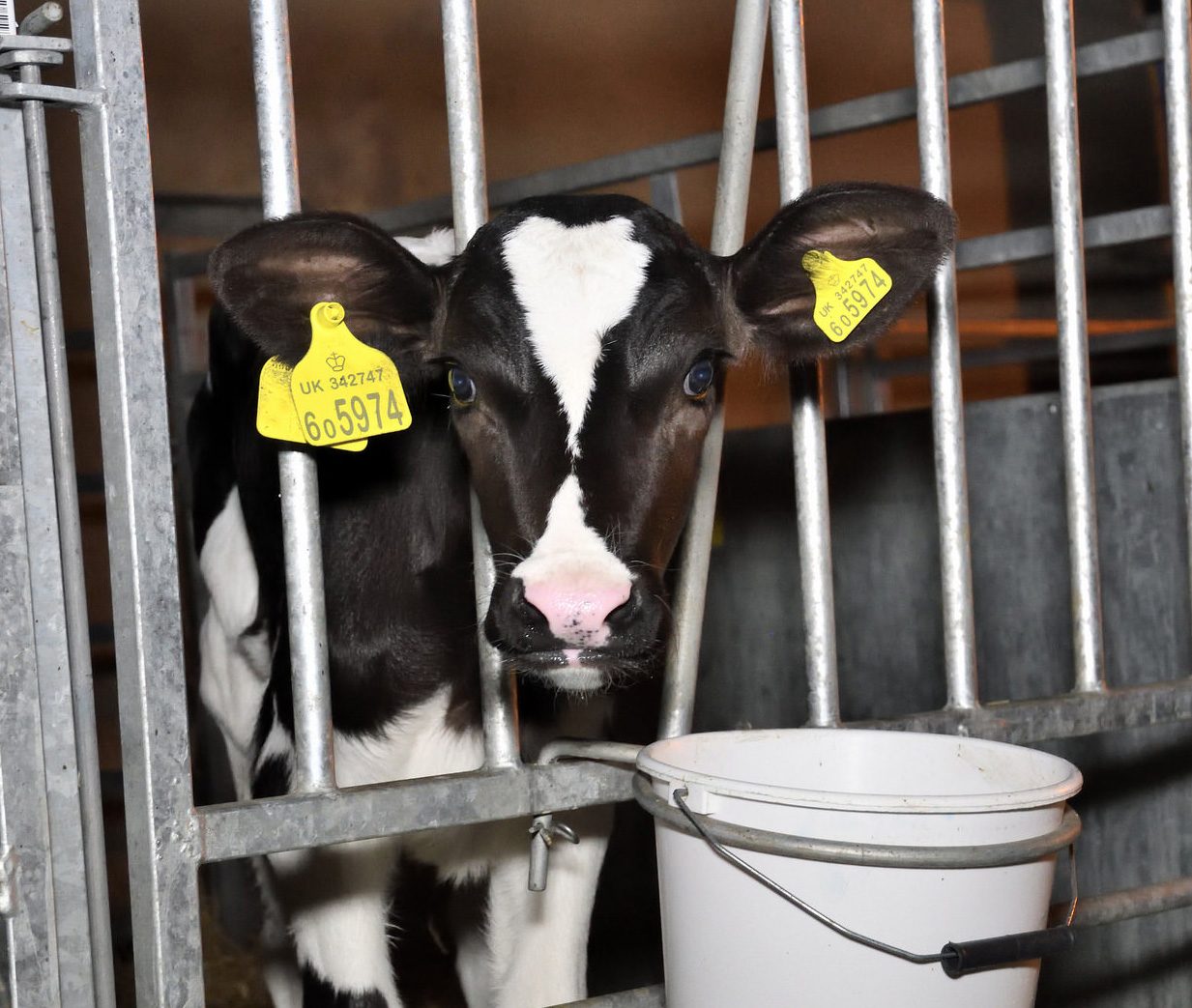 On this Soil Association-assured farm, distressed newborn calves were brutally handled and force-fed while their mothers looked on helplessly.

Far from the idyllic image of organic dairy farming, scenes of tiny babies being stood on, dragged by the back legs, and slapped in the face shocked consumers. Calves were also denied access to water for over 24 hours on some of the hottest days of the year. 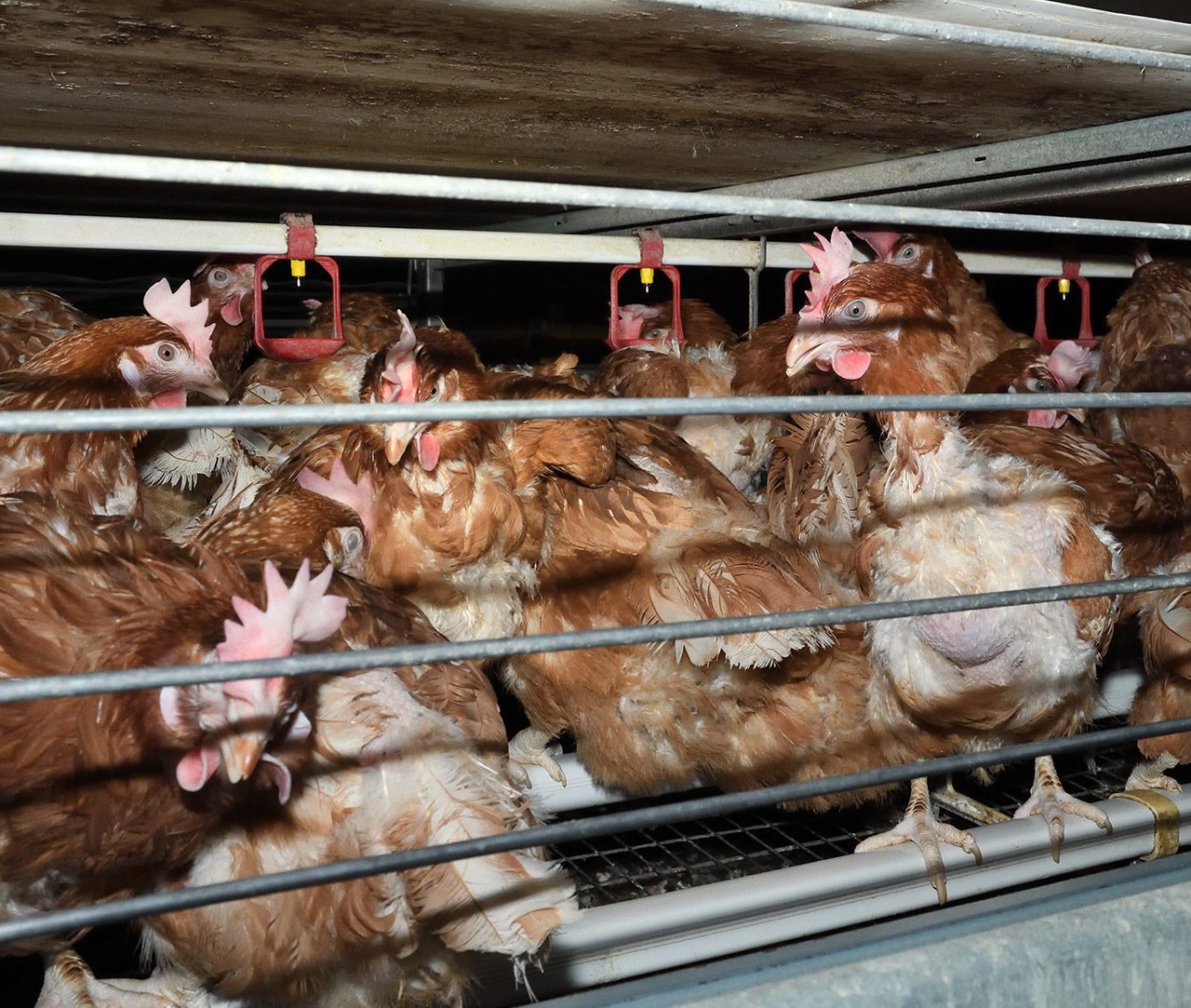 An investigation by Animal Equality revealed scenes of severe animal suffering on a farm supplying ‘Big & Fresh’ eggs which are stocked by major UK retailers.

Hidden camera footage reveals the caged hens were only checked-on once in four days by farm staff, a clear violation of welfare laws. 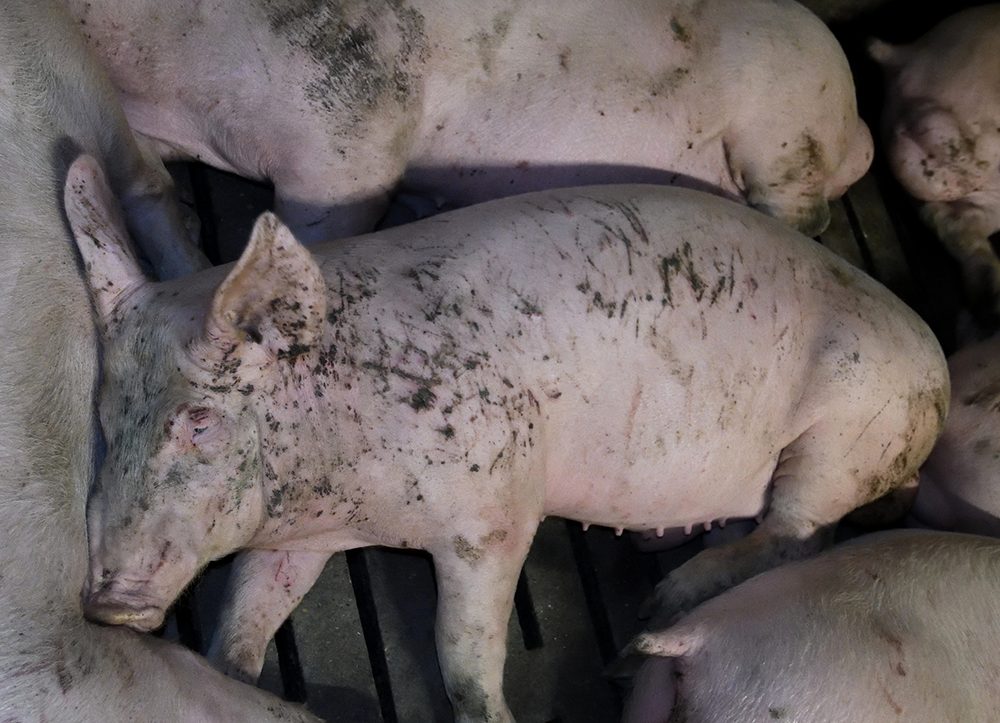 Animal Equality filmed shocking scenes of animal abuse on this farm, which is owned by Elsham Linc – one of Britain’s largest pig producers. Our investigation revealed serious and repeated violent abuse of the animals, including kicking pigs in the head and jabbing them with a pitchfork, by several members of staff. 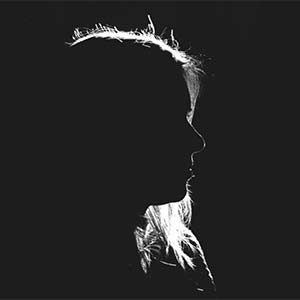 Documenting the reality of animals in factory farms helps to create positive change for these animals. Being an undercover investigator has been the most rewarding challenge of my life.

What can I do to help? 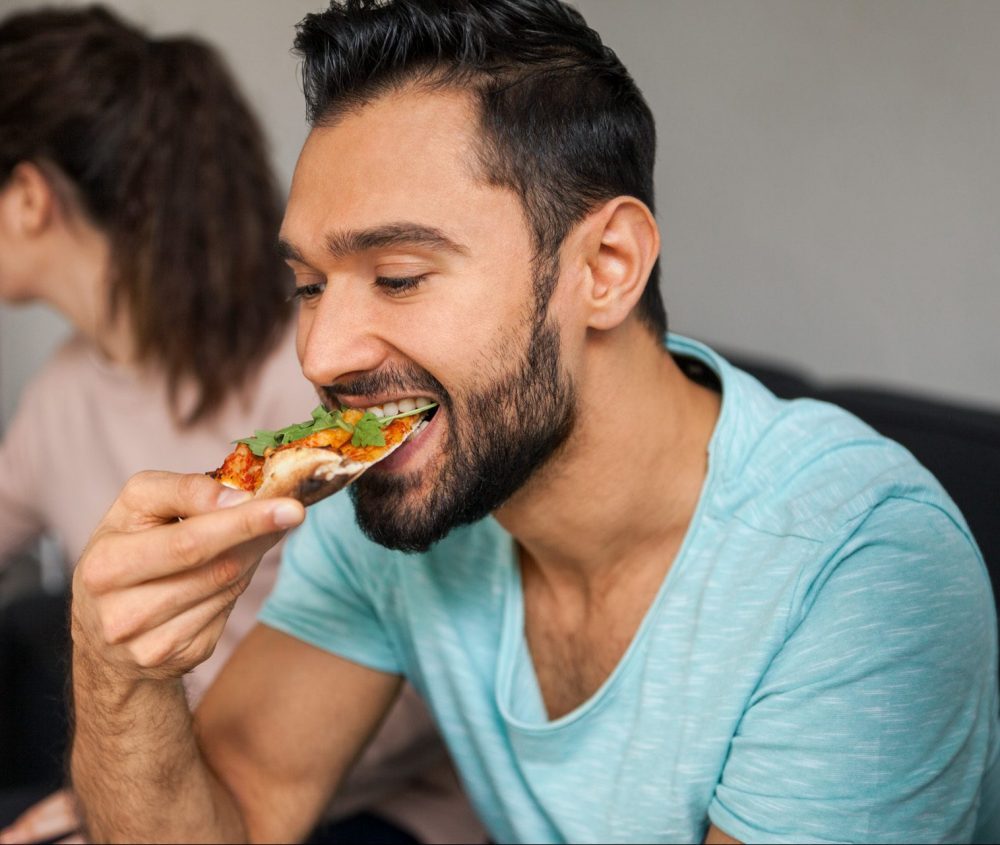 Helping farmed animals is now easier than it has ever been. Today, a trip to the supermarket reveals there are more cruelty-free plant-based options than ever before. Leaving animals off your plate will spare hundreds of them from a lifetime of misery, and it will help the planet and benefit your health. 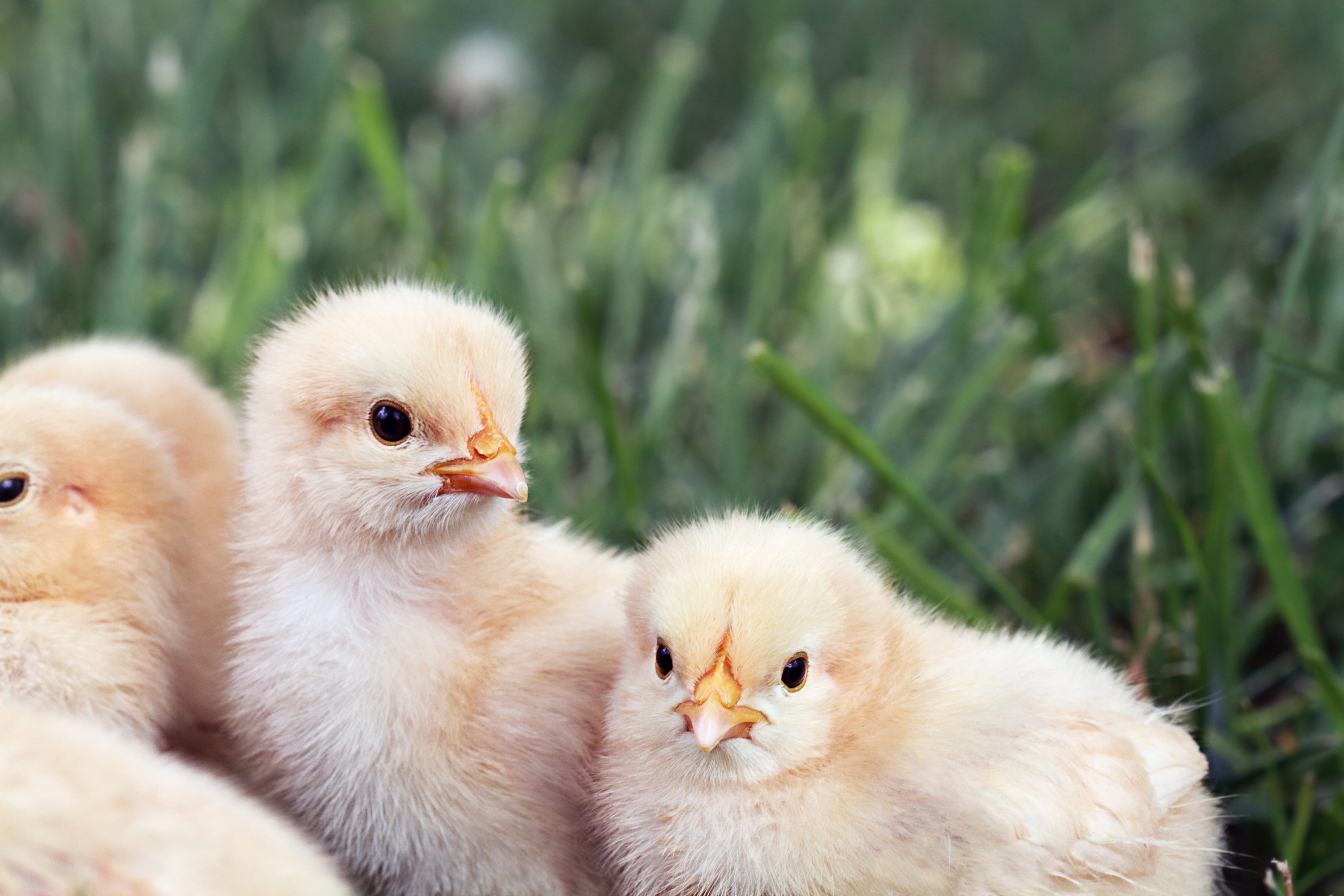 Give a gift today

As an Animal Equality supporter, you can be part of an organisation regarded as one of the most effective animal charities in the world. Put your money to work for the animals!

Give a gift today