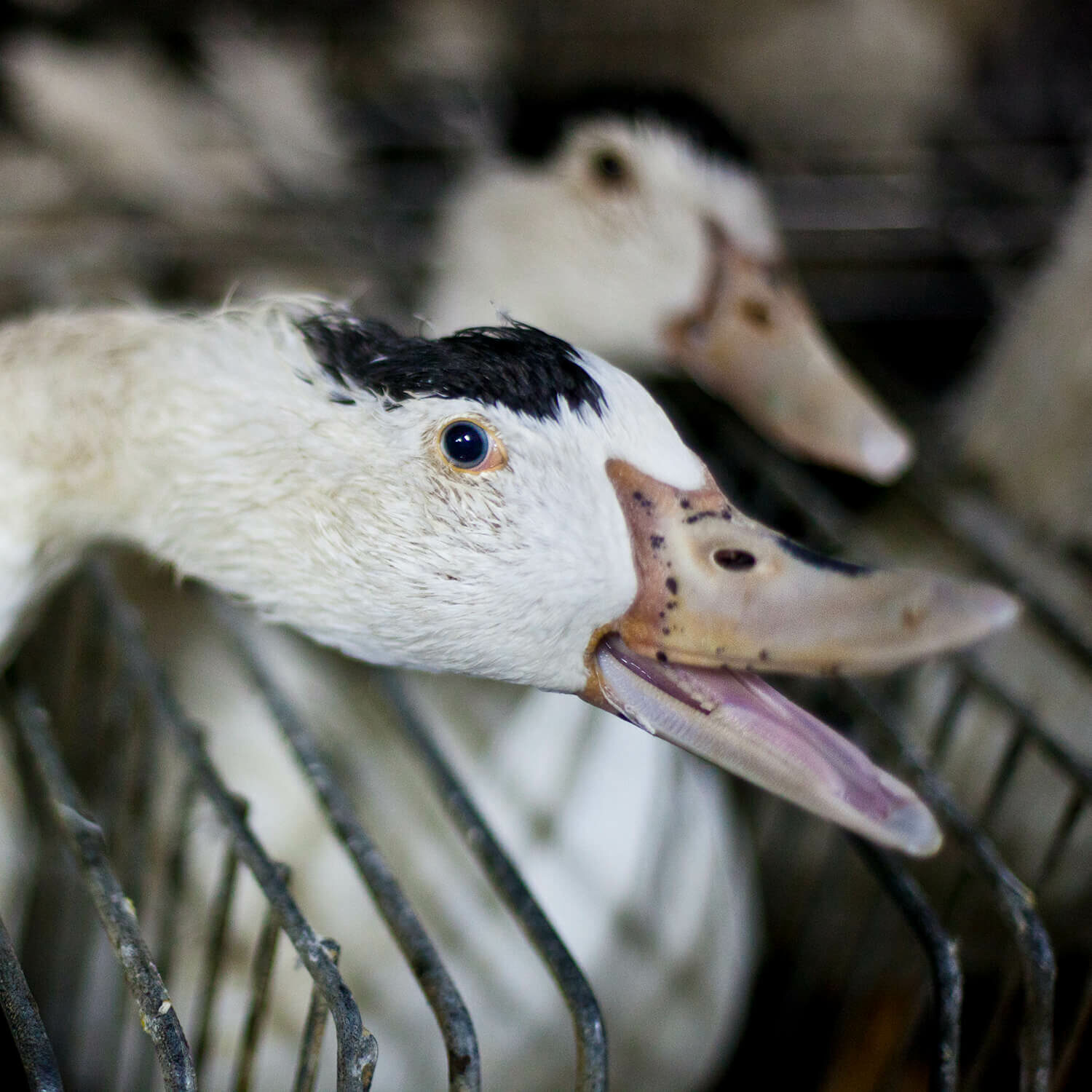 A group of MPs from across the country have signed an open letter, coordinated by Animal Equality, urging the UK Government’s Environment Secretary, George Eustice MP, and Animal Welfare Minister, Lord Zac Goldsmith, to publicly confirm a ban on the import and sale of foie gras.

The letter calls for an urgent meeting to discuss an immediate end to foie gras imports. Backed by MPs who are frustrated that a ban is not yet in place, it follows an initial letter sent to Defra (the Government’s Department for Environment, Food and Rural Affairs) earlier this year regarding the same issue, which received no public response.

In May 2021, Defra announced its ‘Action Plan for Animal Welfare’ claiming that it was “exploring a ban on the sale of foie gras”. Months later, it’s clear that restlessness amongst politicians and the public is rising as the Government delays delivering confirmation of the ban.

We have made landmark progress in animal welfare recently, including with the Animal Sentience Bill being introduced to Parliament, a move I warmly welcome. But foie gras cannot be made an exception. This practice is known to cause undeniable pain for the sentient animals involved. We have no right to call ourselves a nation of animal lovers until foie gras is banned, once and for all.

Animal Equality has been campaigning to ban this cruel trade for several years. Our petition calling for a ban on the import and sale of foie gras produced by force-feeding recently reached 215,000 signatures, evidencing the public’s strength of feeling on this issue.

Foie gras production causes severe pain and distress to ducks and geese – so much so that its production is illegal in the UK, yet we still import around 200 tonnes of the ‘delicacy’ every year. This hypocrisy must end urgently. The longer the Government waits to enact a ban, the more animals will suffer.

The public’s patience is wearing thin, yet the Government continues to kick the can down the road. With every day we delay, ducks and geese are condemned to undeniable suffering.

We are closer than ever before to ending foie gras imports in the UK, and we will continue to keep the pressure on the Government until this long-awaited ban becomes a reality. You have the power to help – please add your name to our petition today.