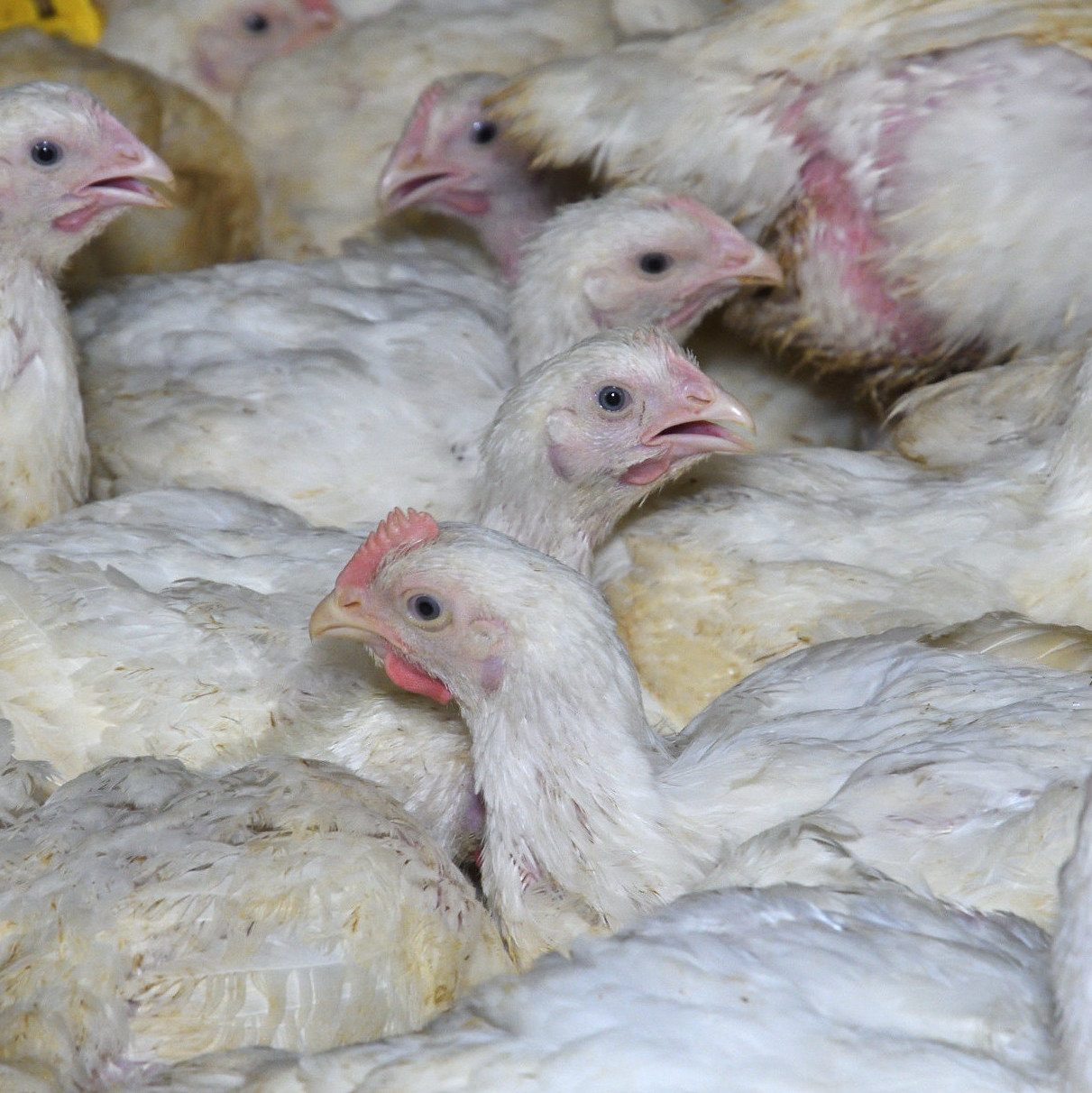 What is it like to have tens of thousands of roommates?

How would you feel if, for the rest of your life, you were forced to live in a warehouse packed with so many people that you could barely even stretch your arms and legs? As each day passes, you all grow bigger and bigger at a staggering rate, making it more and more difficult to move around and exercise.

There’s no sewage system, so the floor becomes covered in faeces and urine at an alarming rate, the stench of which burns your eyes and throat. You’re in constant pain and your heart and lungs feel as if they will fail you any minute now. You dream of escaping from this horror, but sadly, the only glimpse of freedom you’ll ever get will be on your way to the slaughterhouse…

Fortunately, you probably won’t even experience nightmares this terrifying. But tragically, around 90% of chickens raised in the UK’s meat industry are forced to face these horrendous conditions for the entirety of their short, miserable lives.

No room to move

Nowadays, on conventional farms, chickens raised for their meat are crammed by the tens of thousands in giant, dimly lit sheds. This extreme overcrowding results in each chicken having as little space as a piece of A4 paper. This shocking lack of space leads to numerous significant welfare issues by limiting the chickens’ ability to move around freely and carry out even the most basic, natural behaviours, such as spreading their wings, perching and dustbathing.

Overcrowding also makes it nearly impossible to maintain healthy air and litter quality, forcing the birds to constantly inhale ammonia while spending most of their time lying in their own faeces, causing painful, red-raw burns on their feet, legs and breasts. Living in these appalling conditions and having their typical behaviours suppressed can also take a significant toll on the animals mentally, often leading to unnatural behaviours being displayed, such as pecking between birds and sometimes even cannibalism.

Shortly after the COVID-19 pandemic started, Dr Michael Greger, author of the book ‘How to Survive a Pandemic’, called on the UK government to ban factory farming, stating that ‘If you want to create catastrophic pandemics, then build factory farms. When you cram thousands of chronically stressed animals into crowded, filthy, indoor facilities, you create a cocktail for a deadly virus’. With the farming and consumption of animals having been linked to the spread of viruses such as SARS, Ebola, bird flu, swine flu and COVID-19, it is now more vital than ever for companies and consumers to take steps to mitigate the risk of future virus outbreaks.

How we’re fighting back

Animal Equality’s vision is a world in which all animals are respected and protected, where they are free and not farmed. As we take steps towards achieving this, we will continue to work tirelessly to ensure progress is made for the animals still trapped in the farming system.

For example, we are currently working with a coalition of organisations to eliminate some of the worst abuses from the chicken meat industry, such as severe overcrowding, by urging companies to adopt a robust set of welfare standards known as the Better Chicken Commitment. This policy has already been adopted by over 100 companies in Europe alone, including KFC, Papa John’s and Waitrose.

What you can do to help

Opt for plant-based alternatives instead of meat. By leaving meat off your plate, you can potentially save hundreds of animals each year from the horrors of factory farming, including sparing chickens from enduring the torment caused by overcrowding.

Become an Animal Protector and take quick, easy, online actions that will have a huge impact on the lives of farmed animals.