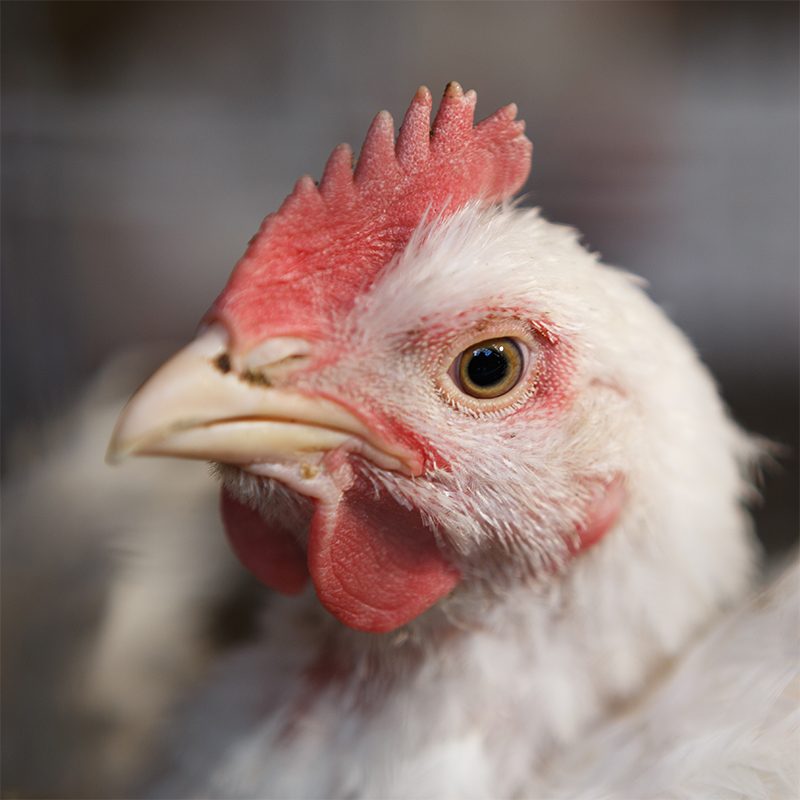 Expanding Our Impact For Animals

Chickens are some of the most abused land animals in the world, with almost one billion individuals killed for meat every year in the UK alone. Imprisoned inside overcrowded sheds, they are forced to grow unnaturally large in such a short period of time that their fragile bones and overworked hearts can’t cope with the strain. Tragically treated as nothing more than commodities, they suffer for every single minute of their lives.

Raising and killing animals for food can never be cruelty-free, however the importance of eliminating some of the worst cruelties for those who are currently suffering on factory farms cannot be underestimated. Alongside fighting to end all animal agriculture, we can also help the millions of innocent animals who are trapped in this cruel system right now and who will sadly never escape.

Our approach at Animal Equality is multifaceted. We push for legislative change to help animals, as well as encouraging individuals to switch to plant-based diets through our Love Veg campaign. We drive systemic institutional change too: persuading retailers, restaurants and manufacturers to adopt meaningful animal protection policies which will improve the lives of chickens around the world. Our team has secured over 100 policies from companies worldwide, impacting millions of chickens every year.

As a recognised impact-driven organisation, we constantly strive to increase our effectiveness and this considered, strategic move results in us being able to help even more animals. Our corporate campaigns also shine a light on the hidden reality of factory farming, further raising awareness of the inherent cruelty in the meat industry and influencing people to reconsider their food choices.

Our expertise in undercover investigations has already proven an advantage for convincing companies to implement important policies. In 2018, our friends at The Humane League were calling on Noble Foods, the UK’s largest egg producer, to stop keeping hens in cages. Their campaigning was met with silence from the company. When Animal Equality released shocking undercover footage from inside a Noble Foods farm, the company committed to phasing out cruel cages completely. We’ll continue collaborating with other animal protection groups, joining forces to help animals in the UK and around the world, but now we’ll be taking an even more actioned approach by directly working with those who have the power to create positive change.

To create a world in which all animals are respected and protected, we need your help. Our team of Animal Protectors are passionate activists who take quick and easy actions – such as sending emails and posting on social media – to create positive change for animals and advancing the inevitable shift in society’s perception of eating animals. Sign up to become an Animal Protector here.