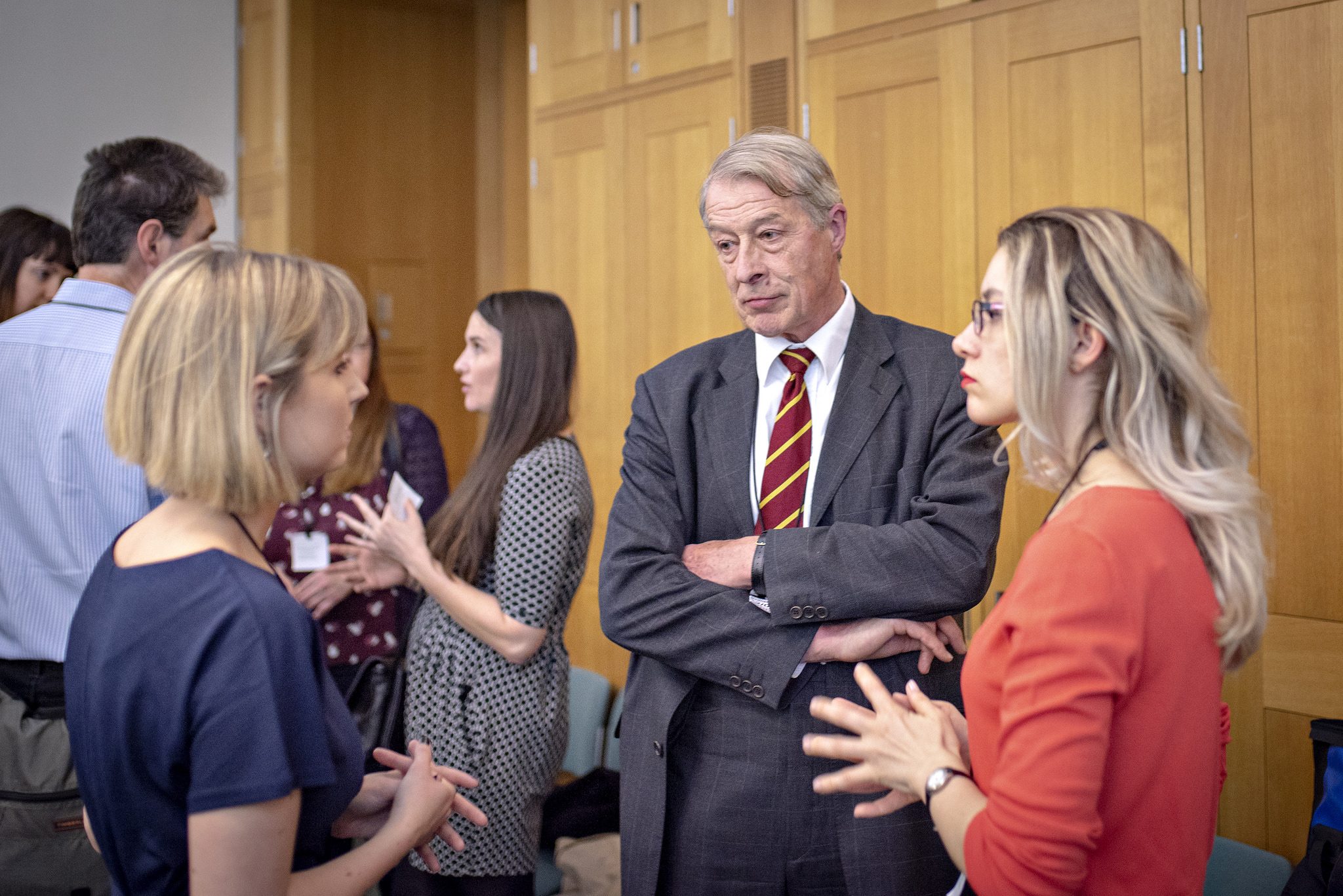 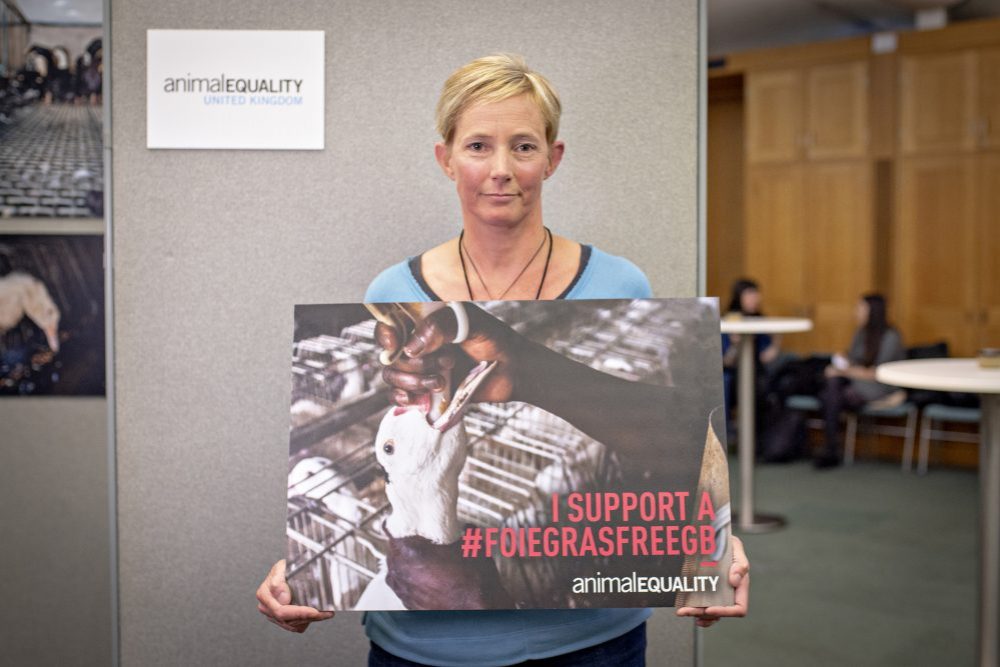 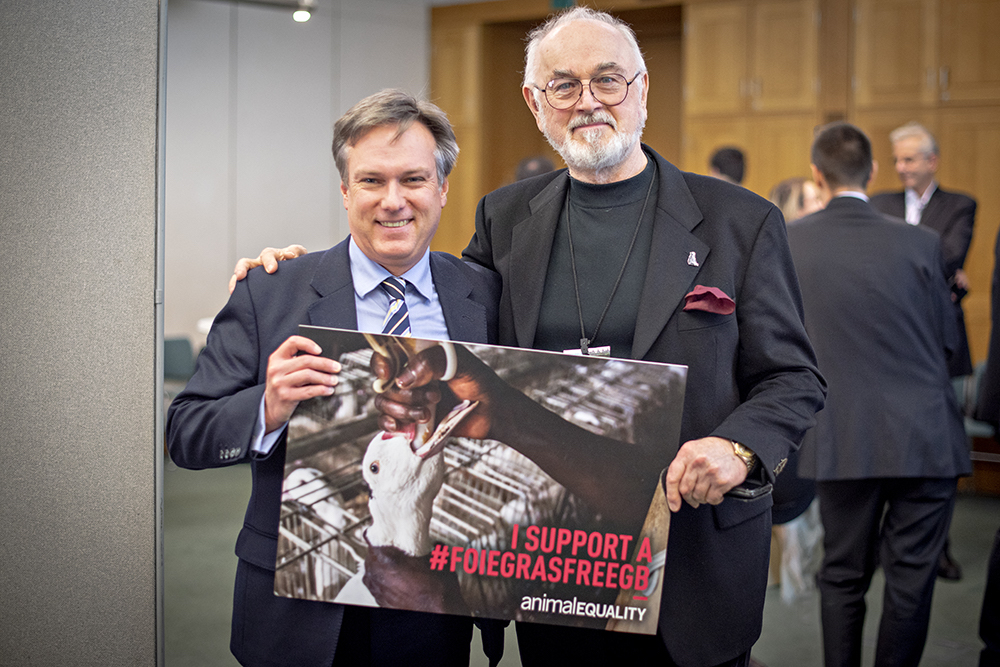 On Wednesday 2nd May, we held a reception at the House of Commons in support of our campaign for a Foie Gras-Free GB, calling for an import ban of this cruel delicacy when we exit the European Union.

Henry Smith MP, our host for the evening, opened the event with a warm welcome and encouragement for the campaign, which he thinks has “a very good chance” of success. 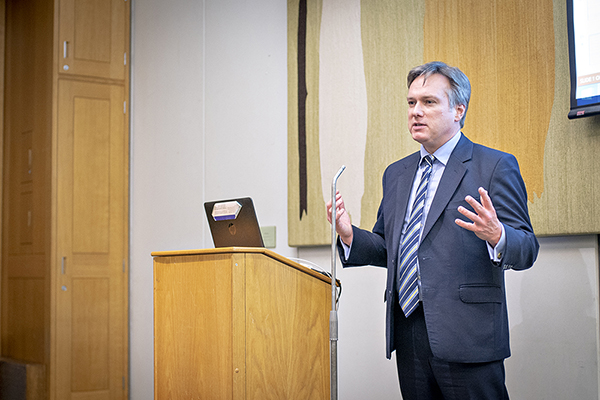 Dr Toni Shephard, Animal Equality’s UK Executive Director then explained the background to the campaign using evidence from a 2011 investigation filmed in France and Spain, highlighting the devastating plight of ducks and geese used in the production of foie gras.

Emma Milne, the TV veterinarian, author and animal welfare campaigner spoke passionately about why Foie Gras is so inherently cruel and should therefore be banned in this country. She now resides in France so also spoke of the growing movement there against foie gras. 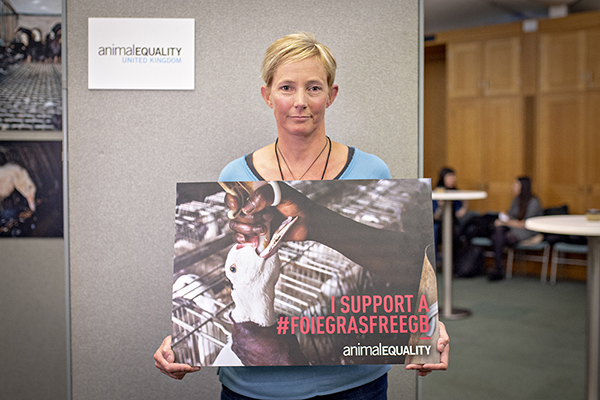 Finally, Professor Donald Broom, Colleen Macleod Professor of Animal Welfare (Emeritus) at the University of Cambridge gave a detailed account of the process by which foie gras is produced, taking us from birth to slaughter. It’s not only the practice of gavage (or force-feeding) which causes pain and suffering to millions of, primarily, ducks but also the appalling conditions in which they’re kept and obvious fear when approached by the workers. He also debunked some of the arguments for foie gras, such as tradition.

We were grateful to have many of our supporters there, including donors, volunteers, journalists, sector colleagues Conservative Animal Welfare Foundation, HSI UK, Animal Aid, and FAIRR, the actor Peter Egan, and MPs Sir David Amess and Kerry McCarthy, in addition to the speakers mentioned above. 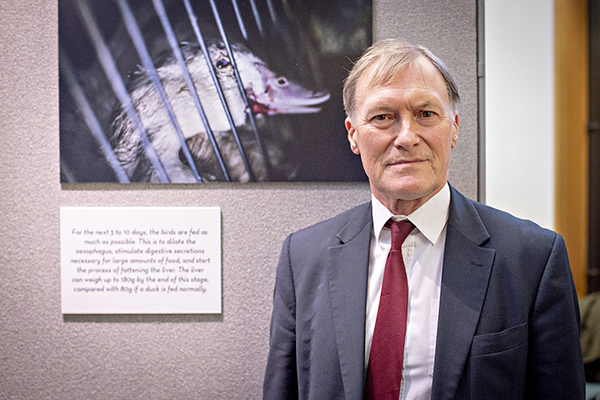 Almost 75,000 people have already signed the Animal Equality petition calling for a Foie Gras-Free GB, and 77% of respondents in a YouGov Poll carried out in June 2017 were supportive of a ban. Furthermore, Michael Gove MP has indicated that he is willing to halt the import of foie gras, and Labour has included this as a pledge in their recently published Animal Welfare Plan. We are therefore in a strong position to make this dream a reality come March 2019. 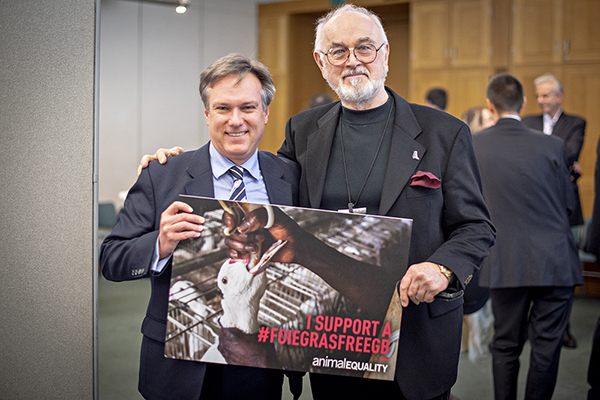