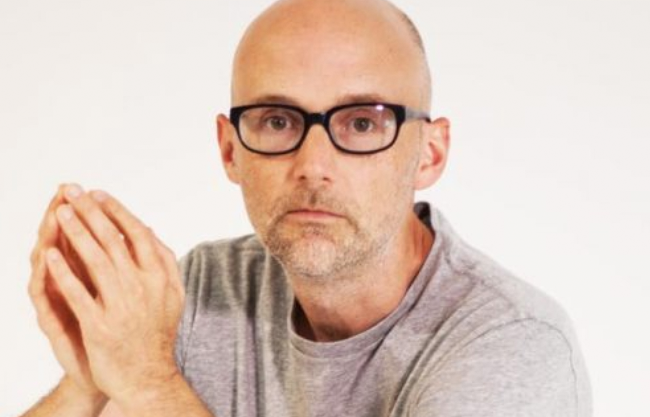 Musician and animal advocate Moby is featured on the front cover of our latest issue of Their Voice magazine. A compassionate vegan and long-time supporter of Animal Equality’s work, he generously sat down with us and answered our questions for this enlightening interview.

What or who inspired you to choose a vegan lifestyle?

I have lots of vegan heroes, but the individual who inspired me to first go vegan was Tucker, a cat I rescued from the dump in Darien, Connecticut. He taught me that all beings have rich emotional lives, and want to live free from pain and suffering.

In what ways has being vegan benefitted you?

In every way that I can think of. It’s allowed me to live a life wherein I have ethical cohesion and consistency, it’s kept me healthy, and it’s given me clarity and purpose.

The vegan community and the number of people enjoying more plant-based meals has grown exponentially in the last decade. How exciting has this growth been to witness and be an instrumental part of?

I’ve been a vegan for 31 years, and I honestly never thought that veganism would be as vibrant and widespread as it is today. When I became vegan in 1987 there were maybe 5 vegan restaurants in the whole world. Now there are at least 10 vegan restaurants in a 5 mile radius of my house in LA.

You are inspiring people around the world to think about going vegan. What would you want to say to them?

Let your actions reflect your beliefs. And if you believe that animals shouldn’t suffer, then you shouldn’t promote, condone, or contribute to anything that causes or contributes to animal suffering.

In addition to animal activism and music, what inspires you?

The genius and complexity of nature and the natural world. How a tiny seed becomes a Sequoia, and how black beans and brown rice become optic nerves and blood cells.

What would you like to see animal rights activists or organisations doing more of?

Figuring out the best way to be effective activists. Using our time and money as strategically as possible to create a world wherein animals are no longer used by humans.

You donate 100% of the profits of your restaurant Little Pine to animal rights groups such as Animal Equality. What inspired you to open Little Pine?

Simple brick-and-mortar activism. Vegan books, documentaries, podcasts, photos, etc., are all amazing, but a beautiful space with beautiful vegan food can be a really powerful way to show people that veganism can be wonderful.

If you could spend the day with someone – either living or passed on –  who would that be and why?

Discover more inspiring stories in the latest issue of ‘Their Voice’. 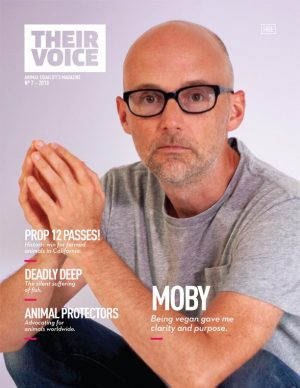