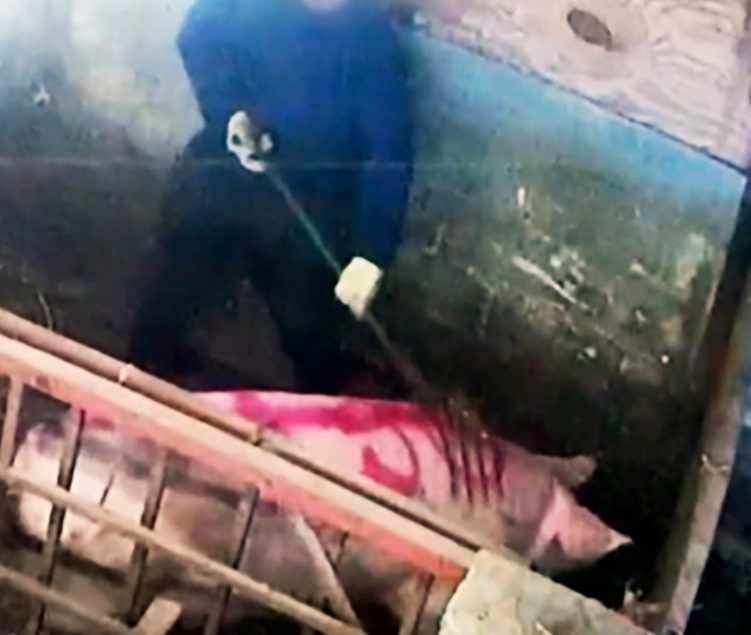 We filmed workers on Fir Tree Farm in Lincolnshire kicking pigs in the face, jabbing them with pitchforks and slamming gates on their heads. Today in Grimsby Magistrates Court, three men received wholly inadequate sentences for these deliberate acts of cruelty. We are extremely disappointed that these animal abusers have not been sent to prison for their disgusting attacks on the pigs in their care.

Without our brave investigators, these men would still be beating pigs today. With your support, we can catch more animal abusers. Will you help us stop more pigs from suffering?

Troy Wagstaff – a supervisor and the animal welfare manager at the farm, who was filmed violently kicking pigs at least 20 times in just a few days – Gavin Hardy and Artis Grogprkevs each received an 8 week suspended prison sentence and a community order of 100 hours of unpaid work. They were also ordered to pay court charges.

Our undercover investigators visited the farm in April – May 2018 after an anonymous tip-off and uncovered repeated, deliberate violence by several workers. Without the courage of the whistleblower and our investigators, these workers would still be abusing pigs at Fir Tree Farm. This case proves that laws and labels don’t protect animals from being abused on farms – the only way to stop this suffering is by choosing meat-free options. 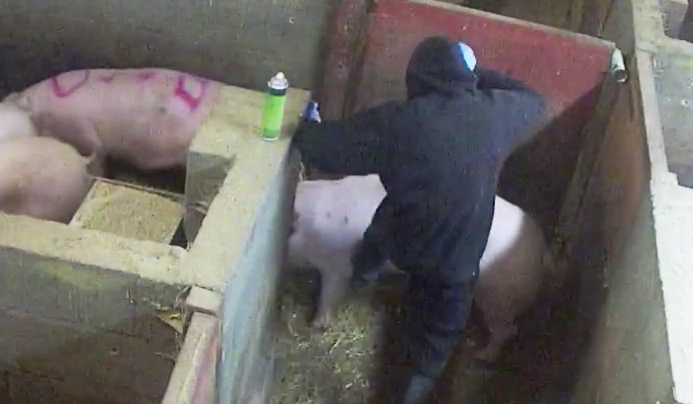 Fir Tree Farm is owned by Elsham Linc – one of Britain’s biggest pig producers – and is certified by the Red Tractor assurance scheme. It supplies large retailers including Tesco.

As a result of Animal Equality’s investigations in the UK, six farm workers have now been convicted of cruelty to animals. In May 2017, a dairy farm worker in Somerset received a 12-week suspended prison sentence after our investigators filmed him violently abusing newborn calves on a family-run farm which supplied Muller Milk, one of the main processors used by Marks and Spencer, Tesco, Sainsbury’s and Co-op for their own brand milks. In 2012, two workers were filmed beating piglets to death with a metal bar on Harling Farm in Norfolk; both men pleaded guilty to cruelty charges and one was jailed for 18 weeks.

You can help us send more animal abusers to prison. Please support our investigations with a donation today.