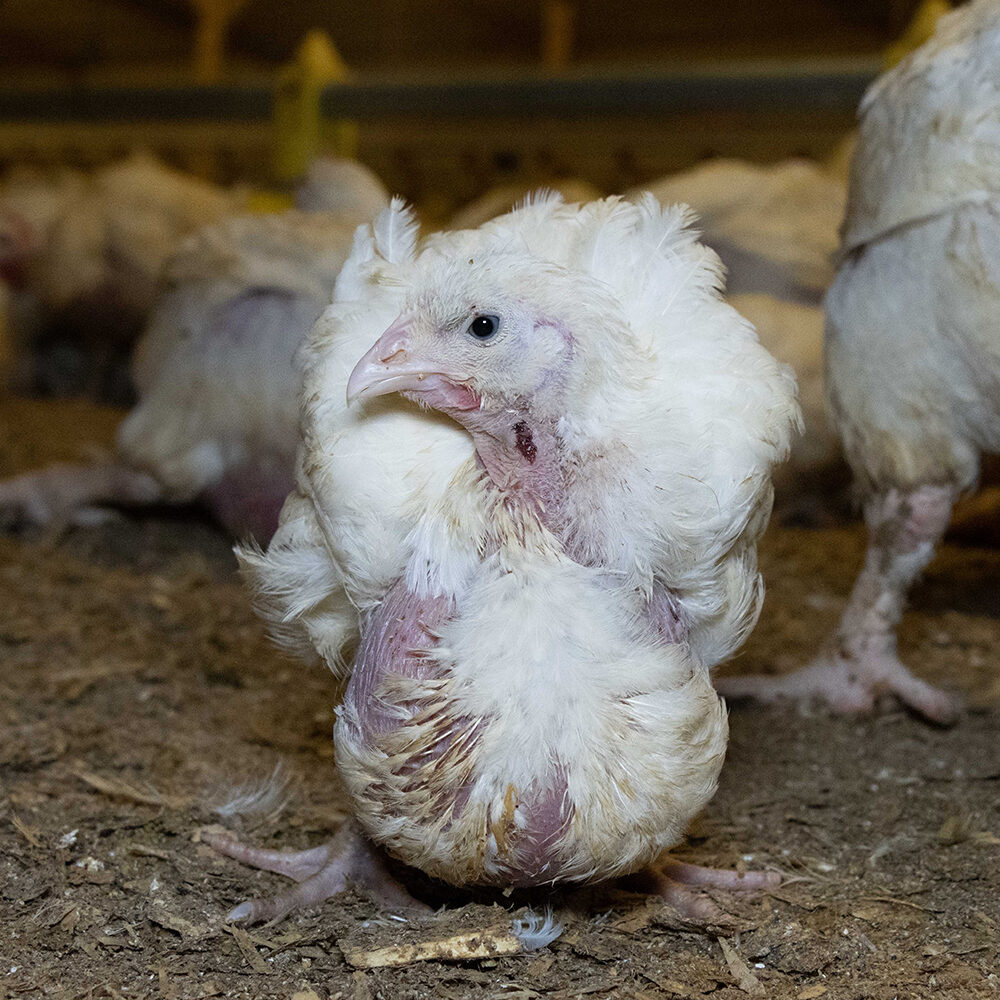 Titled ‘Morrisons Makes Cruel Things Happen’, the video parodies a series of Morrisons adverts that feature the retailer’s slogan ‘Makes Good Things Happen’. Containing investigative footage from inside farms operated by a major Morrisons chicken meat supplier, it calls on the supermarket chain to take action to end the very cruellest practices these animals suffer from.

Chickens raised and killed for UK supermarkets such as Morrisons typically live in dark, overcrowded sheds. They have been bred to grow to an unnaturally large size at a very fast rate, and as a result many suffer from painful leg injuries and heart problems. Those who don’t live long enough to be taken to the slaughterhouse – where they are brutally killed – are instead left to die in agony on urine-soaked floors.

Morrisons’ adverts show images of happy, healthy animals in spacious green fields – hiding the reality of life for the chickens who end up stacked on Morrisons shelves.

Morrisons is misleading customers with marketing myths, but the reality is far from the idyllic scene that it portrays in its adverts. Birds too weak to stand, living in their own filth with barely any room to move – this is the treatment that many UK supermarkets, including Morrisons, are currently supporting.

In 2021, an investigation carried out by Open Cages revealed thousands of individuals being thrown away like rubbish on farms linked to Morrisons. The footage also showed animals forced to live amongst the rotting bodies of other chickens who had died on the farms.

How You Can Help

Alongside Open Cages and The Humane League UK, we are demanding that Morrisons signs up to a set of minimum animal welfare standards that would end some of the very worst abuses that chickens raised for their flesh suffer from. While this won’t end cruelty to chickens, it would be a significant step forward and send a clear message to the rest of the chicken meat industry in the UK.

You can help us spread our important message and show people the truth about Morrisons’ marketing myths by sharing our parody video on social media. 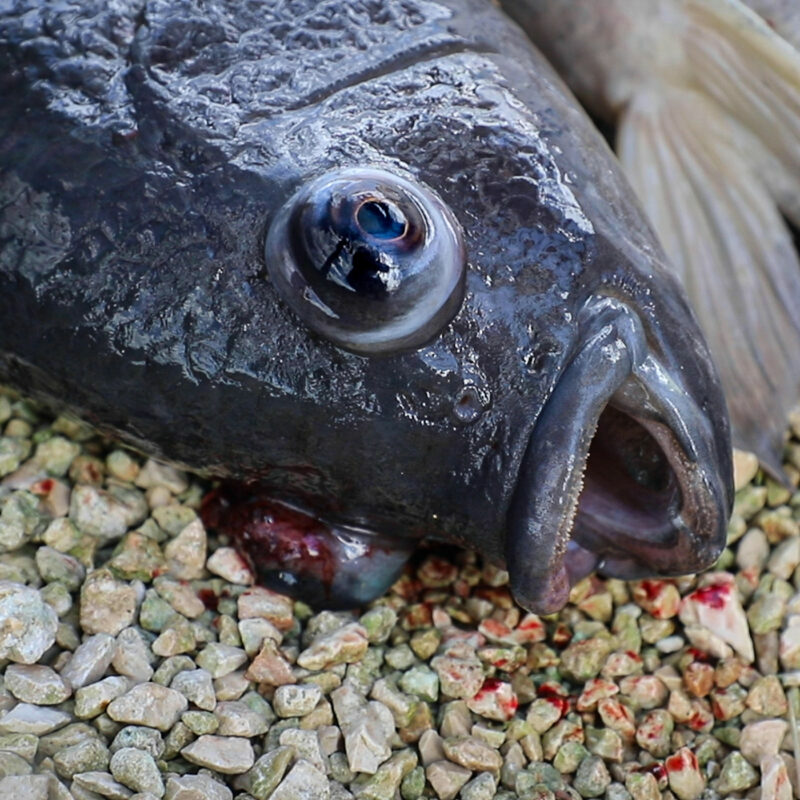 Fish Left To Suffocate In Mexico’s Aquaculture Industry
14/12/2021
Animal Equality's latest investigation exposes the suffering of fish who have no protection under Mexican law.