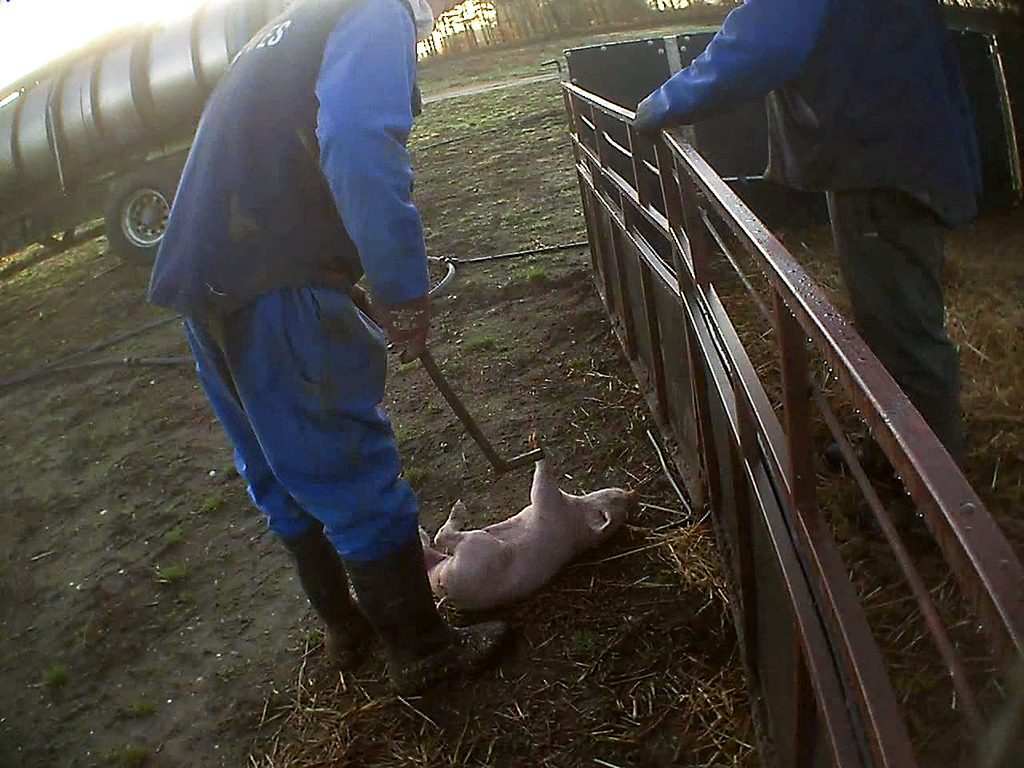 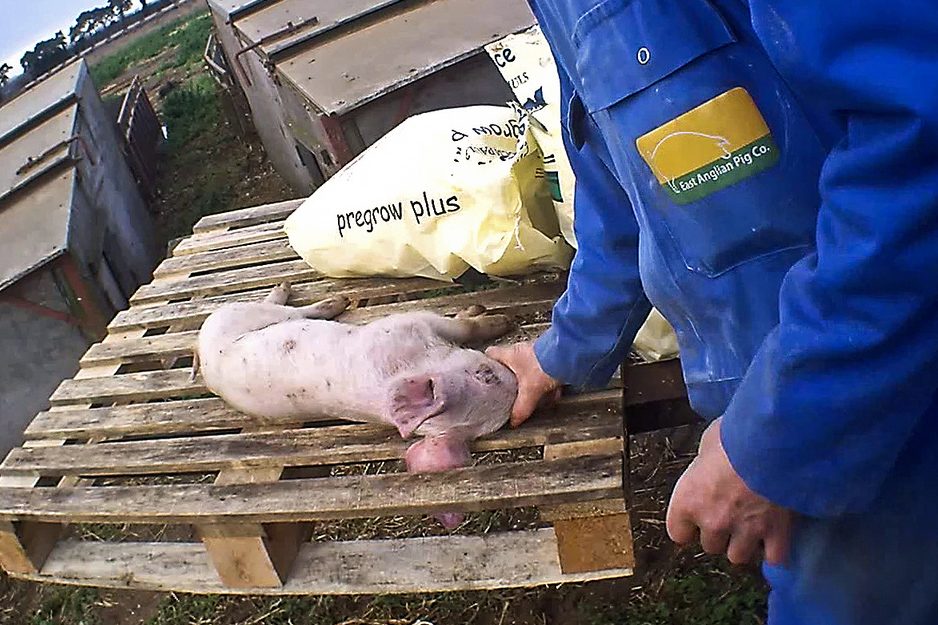 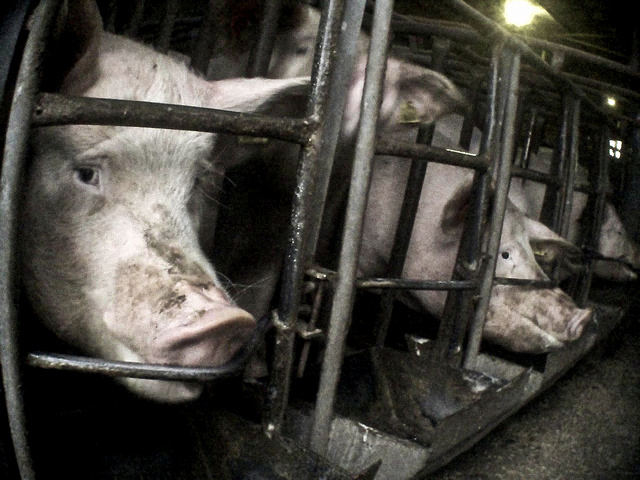 The investigation has been featured in The Sunday Mirror this morning.

An undercover investigator worked at two different sites for a total of 29 days:

Little Thorns Weaner Unit:
This is a weaner unit, with approximately 8,000 to 10,000 pigs on site. At Little Thorns, the pigs were bred outdoors in six sheds for a period of 6 to 8 weeks, before being sent to the finishing units.

Didlington, The Piggery:
This is a breeding unit, with 3,000 pigs on site and over 700 female pigs. The pigs are raised outdoors, and fattened indoors. Over 300 pigs are sent to the slaughterhouse from this facility each week.

Animal Equality proves once again that, regardless of whether a farm is labeled as being ‘higher welfare’, ‘Quality Assured’ or monitored by the RSPCA, there exists pain, suffering and exploitation on a huge scale.

Warning: The video you are about to see contains graphic footage.

• The East Anglian Pig Company supplies Cranswick Plc – a leading UK food supplier that manufactures and supplies products to the food service sector, food producers and grocery retailers within the UK, such as Sainsbury’s, Tesco, Waitrose and ASDA.

• Cranswick Pork is also used to make famous dishes served in McDonald’s such as the Sausage & Egg McMuffin. Cranswick had been named supplier of the year at the OSI McDonald’s Awards on 4th April 2011.

• Choose a Vegan lifestyle today!
Most people believe that animals should not be harmed unnecessarily, but the consumption of animal products forces animals into a life of misery and an untimely death.

• Please consider making a donation or become a member to help Animal Equality so that we can continue our vital work to expose and end animal exploitation.

• Join us today! Fill in our form to let us know how you would like to contribute. Be the voice of the voiceless.

"Animal Equality has carried out a through investigation to expose once again the British pig industry.

Animal Equality aims to show that regardless of whether animal farming is labeled as ‘High Quality Assured’ or ‘Freedom Food’, there exists pain, suffering and exploitation on a huge scale. We do not need to contribute to the institutionalized deprivation, humiliation, imprisonment and suffering that occurs each day to billions of sentient beings. Without the public demand for animal products a great amount of misery and exploitation can be avoided.