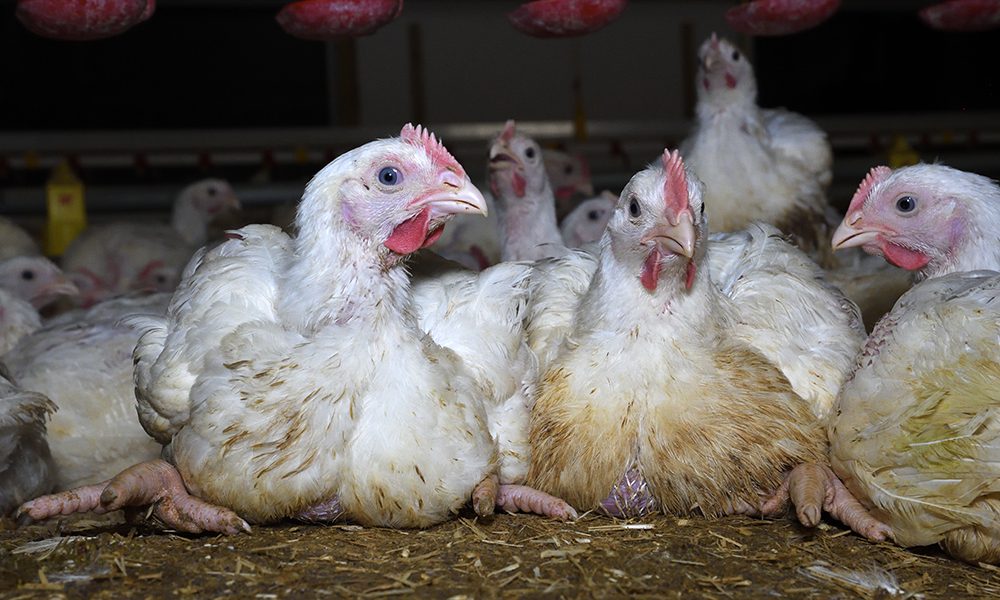 As our appetite for chicken meat has grown, so has the size of Britain’s chicken farms. Images of distressed birds in giant double-decker sheds will be a shock to many consumers who buy British, Red Tractor-certified meat thinking they can trust its animal welfare standards. Yet the truth is, the unnatural conditions chickens are forced to endure in these vast sheds are utterly dismal.

Ladywath Farm is comprised of three double-decker sheds where birds are stacked on two floors within the same building. It’s one of the first farms of its type in Britain. Each multi-storey shed houses 63,000 birds and the farm has recently applied for permission to build a fourth double-decker shed. 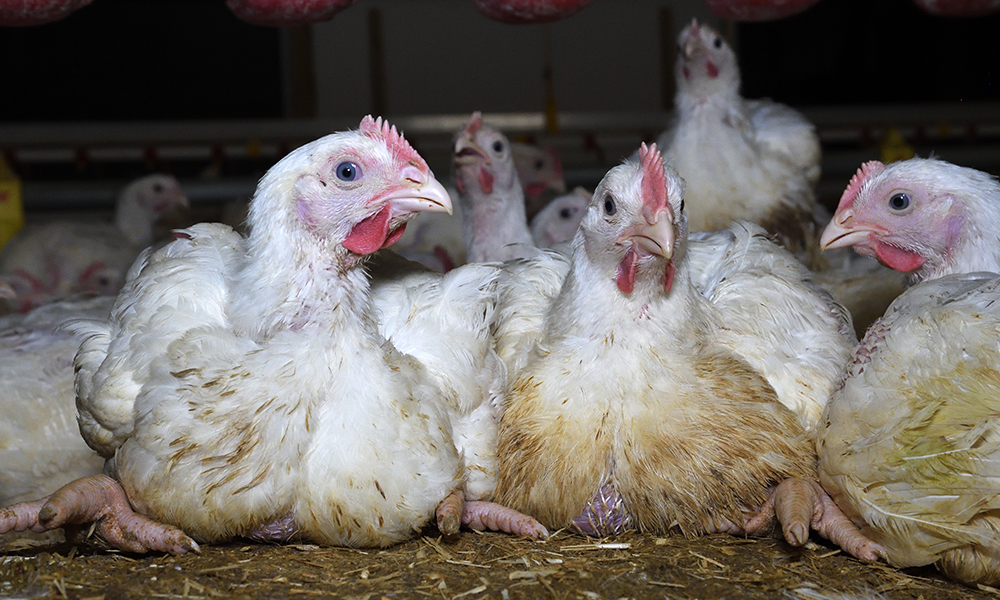 Animal Equality investigators visited each of the three farms multiple times between February and April 2019. The footage has been passed to Red Tractor and Defra’s Animal and Plant Health Agency.

While labels and certificates can’t protect animals in the meat industry, consumers can. It’s easy to make the compassionate choice of leaving chickens off your plate and opting for delicious meat-free alternatives, which are now widely available in supermarkets and restaurants across the UK!
Choose veg: LoveVeg.uk