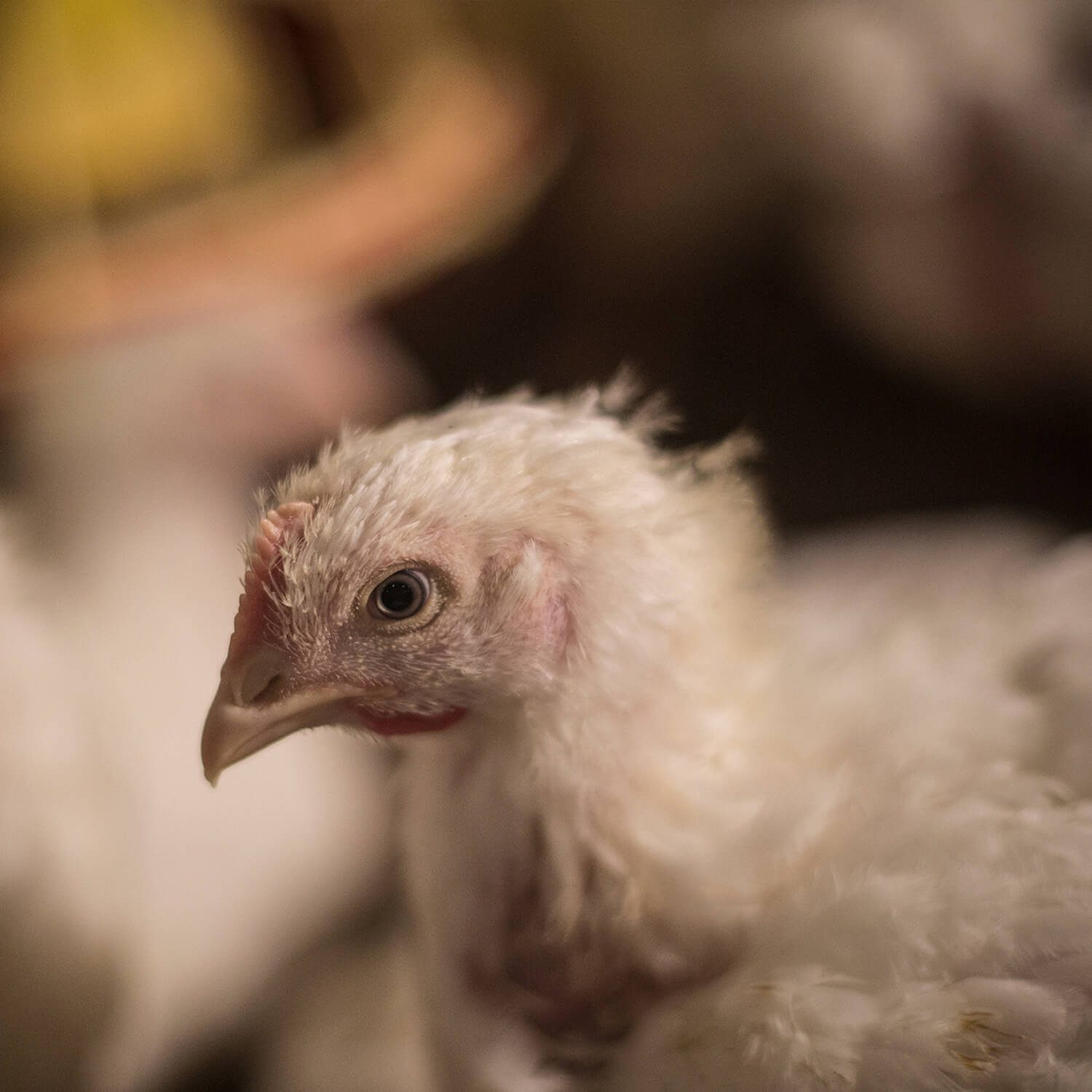 Animal Equality’s latest investigation, carried out with the Spanish online newspaper Público, has shed a light on the atrocities that are common in chicken farms across Europe.

Selectively bred to grow to huge weights in a matter of weeks so that the industry has more meat to sell, and more money to make, many of the birds we filmed were unable to stand because of the sheer size of their bodies. With no veterinary care, the painful sores and burns on their skin went untreated, and the corpses of those who didn’t survive were left to rot on the urine-soaked floor. These shocking conditions are typical in Europe, and we’ve filmed similar scenes inside British chicken farms too.

Almost 700 million chickens are slaughtered each year in Spain, with many of them exported to other countries. According to data from the country’s Ministry of Agriculture, Fisheries and Food, more than 5% (41 million) died on farms before reaching the slaughterhouse in 2018.

Spain is one of Europe’s biggest chicken producers, although an even larger number of chickens are raised and killed every year here in the UK – nearly a staggering one billion.

Tragically, it’s too late to save the chickens we filmed on this farm, but you can help countless others just like them, by choosing to eat plant-based options more often. For recipes, advice and more, head to our Love Veg website.