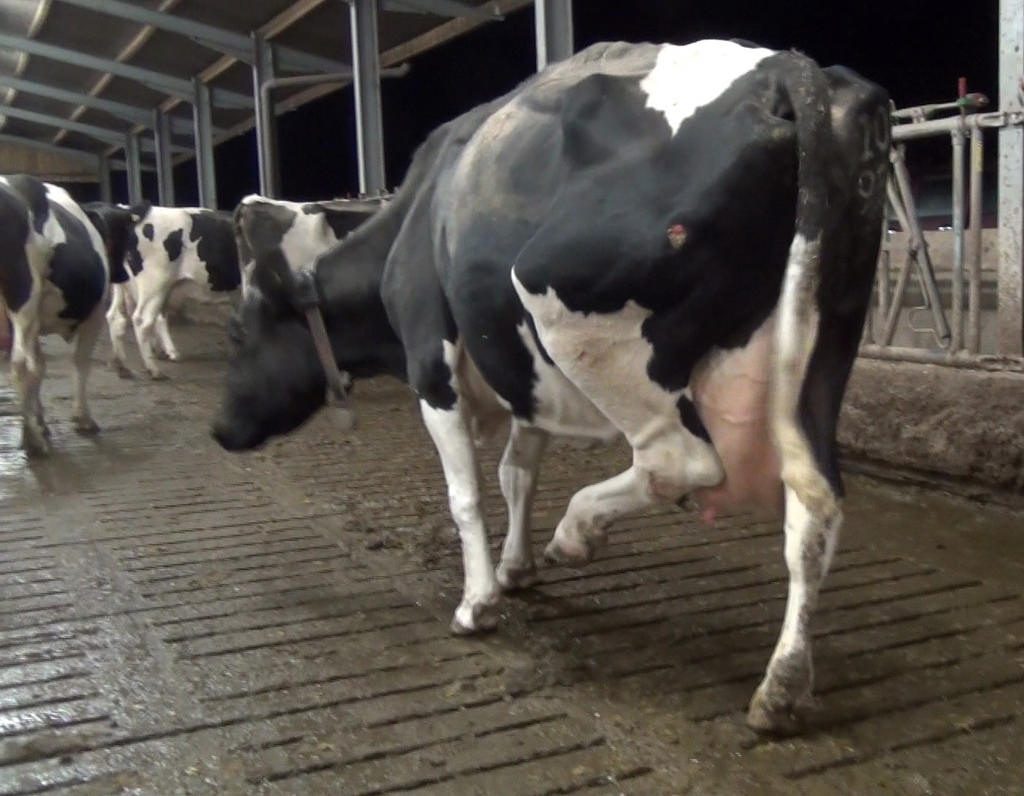 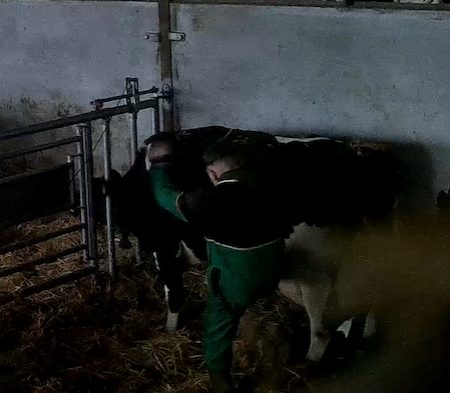 Multiple incidents of workers abusing animals were filmed on Pyrland Farm in just one day, including:

-repeatedly kicking young calves to make them stand up

-pinning calves to the floor and shouting obscenities in their face

Abusive treatment was not the only suffering we found on this West Country farm, which runs a farm shop and B&B as well as supplying Muller Milk (formerly Muller Wiseman), one of the main processors used by Tesco, Sainsbury’s, M&S and the Coop for their own-brand milks. After a tip-off from a concerned local resident we made several visits to this farm and observed animals in obvious pain.

Our investigators first visited the farm at the end of October and documented at least half a dozen cows with their back legs in chains called hobbles. These archaic devices are used on mother cows who have suffered pelvic damage during calving, a common problem for modern dairy cows who have been selectively bred for high milk production at the expense of physical well-being. Our covert camera later showed workers using a ratchet to pull a calf from a cow, raising concerns that rough handling of calving may be contributing to pelvic injuries. 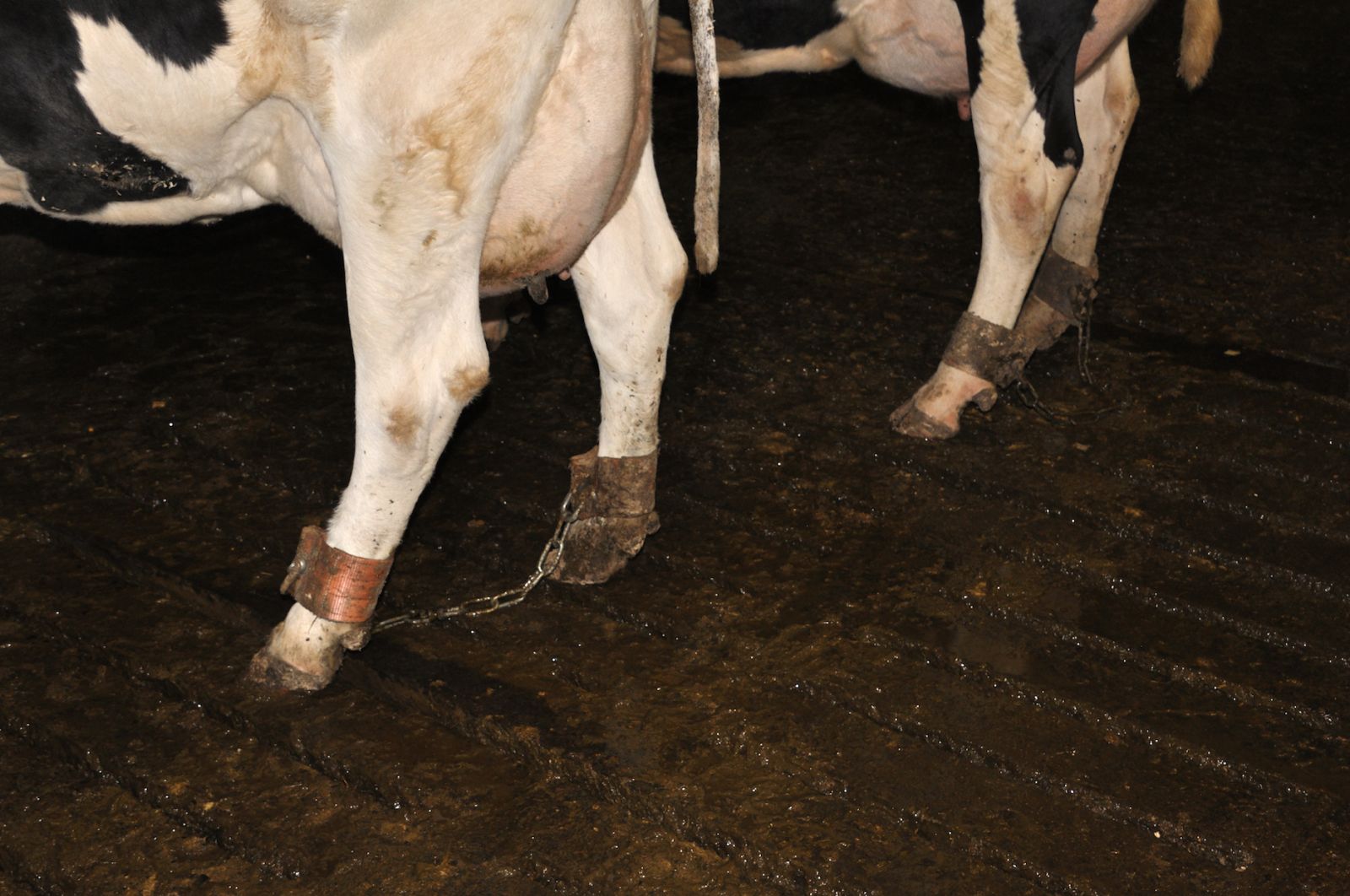 Footage from the farm also shows cows suffering from crippling lameness and pressure sores, painful conditions that affect half of all dairy cows in the UK every year. One cow appeared to be in extreme discomfort and was struggling to walk. We reported this to the RSPCA immediately.

Our investigators also found two dead calves lying on the concrete floor just outside of the cowshed, callously left in full view of nursing and pregnant cows. Both calves were male and had been shot, common practice on dairy farms as males do not produce milk and are therefore deemed worthless by many farmers. 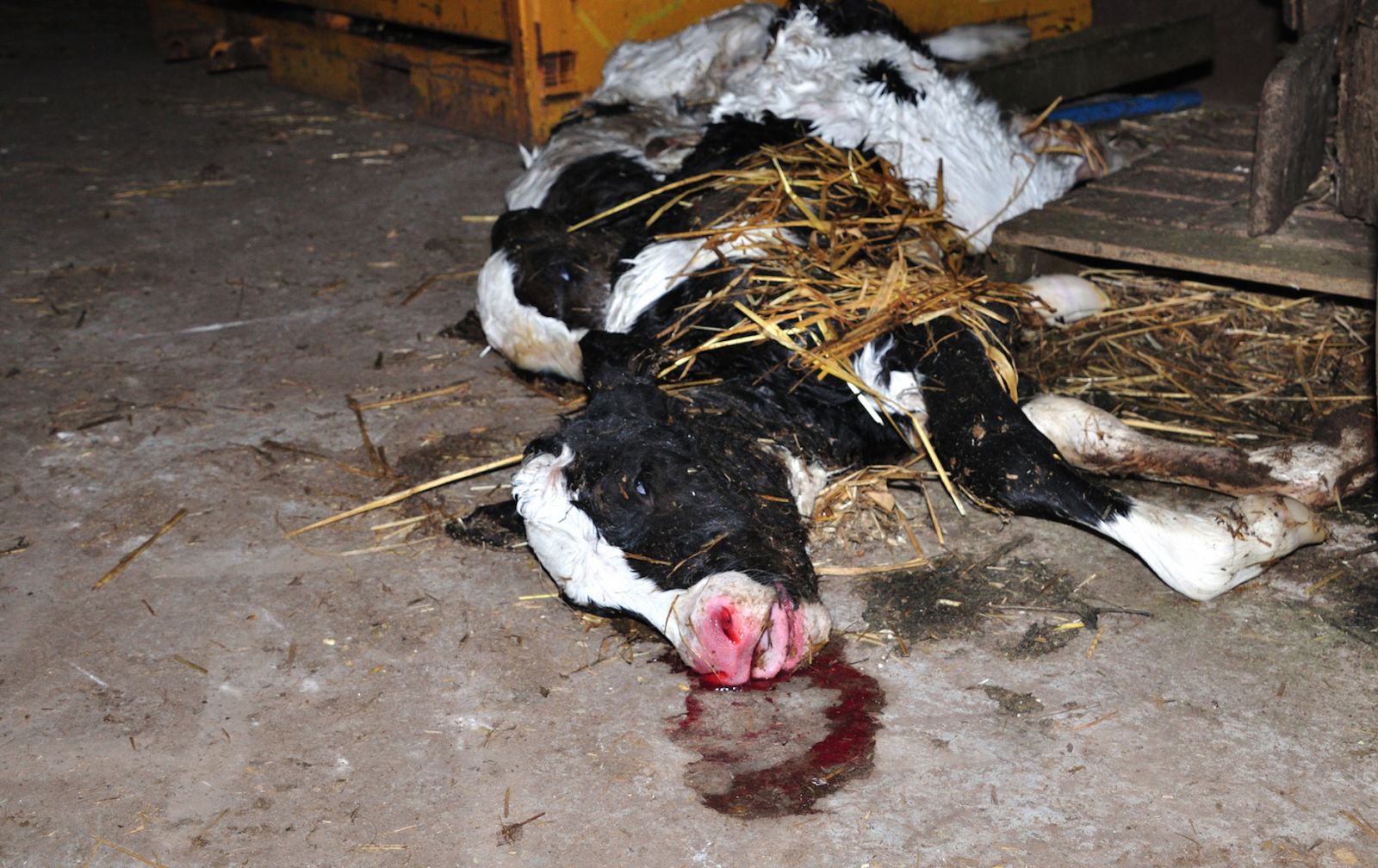 Further visits were made to the farm and cows in chain hobbles were always present, including some who had been in hobbles since the first visit. The severely lame cow was also still present and continued to show signs of extreme discomfort. We decided that the farm warranted further monitoring and on 7th December our investigators installed a covert camera in one cowshed. We never expected to document scenes of such shocking abuse.

Animal Equality has handed all of the footage to the RSPCA and demand that those committing this inexcusable cruelty are brought to justice.

You can help end the suffering of cows and calves on dairy farms around the world today by choosing plant-based milks, yogurts, cheeses and ice creams. Sign our pledge to receive more information on healthy dairy-free eating www.animalequality.net/dairysdarksecret 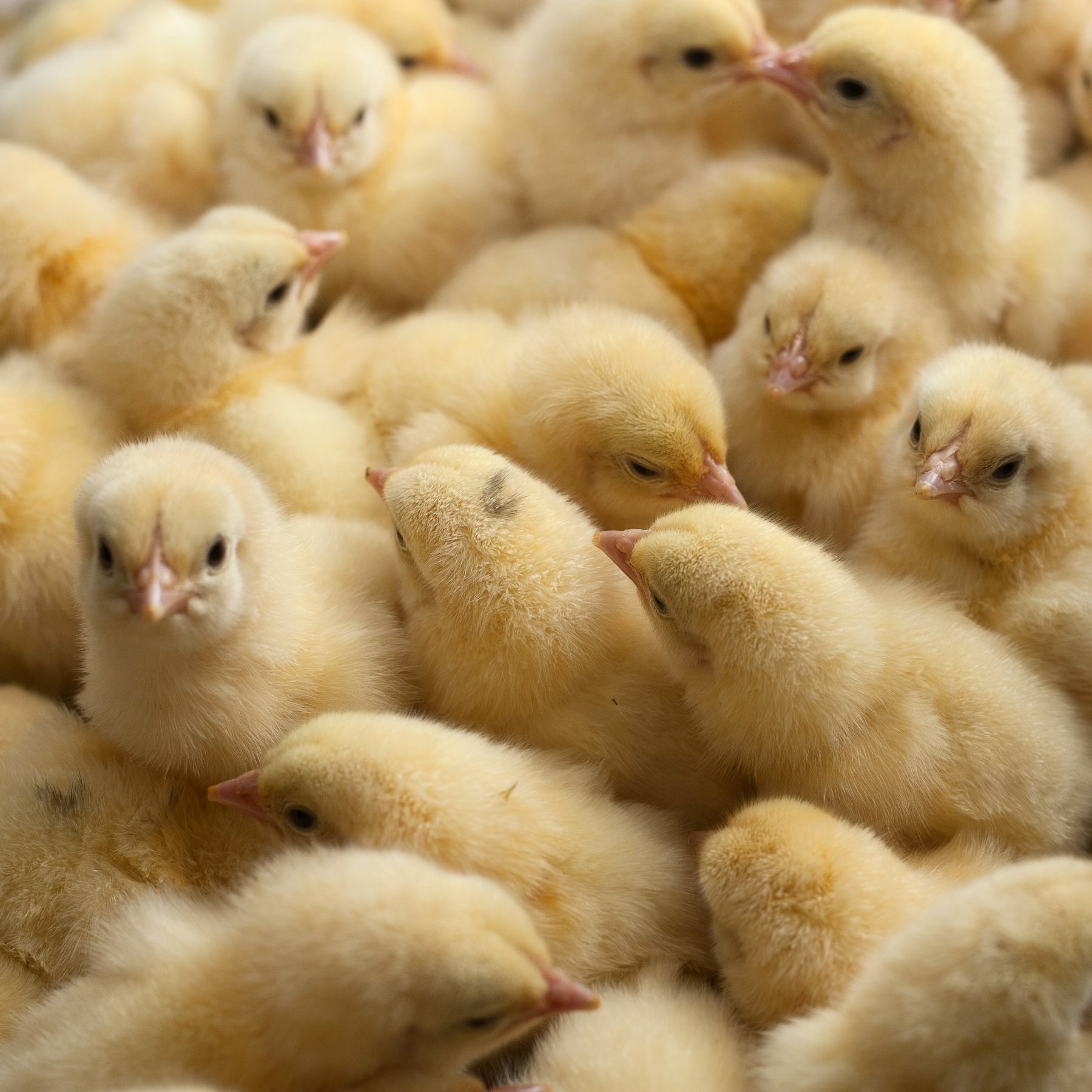 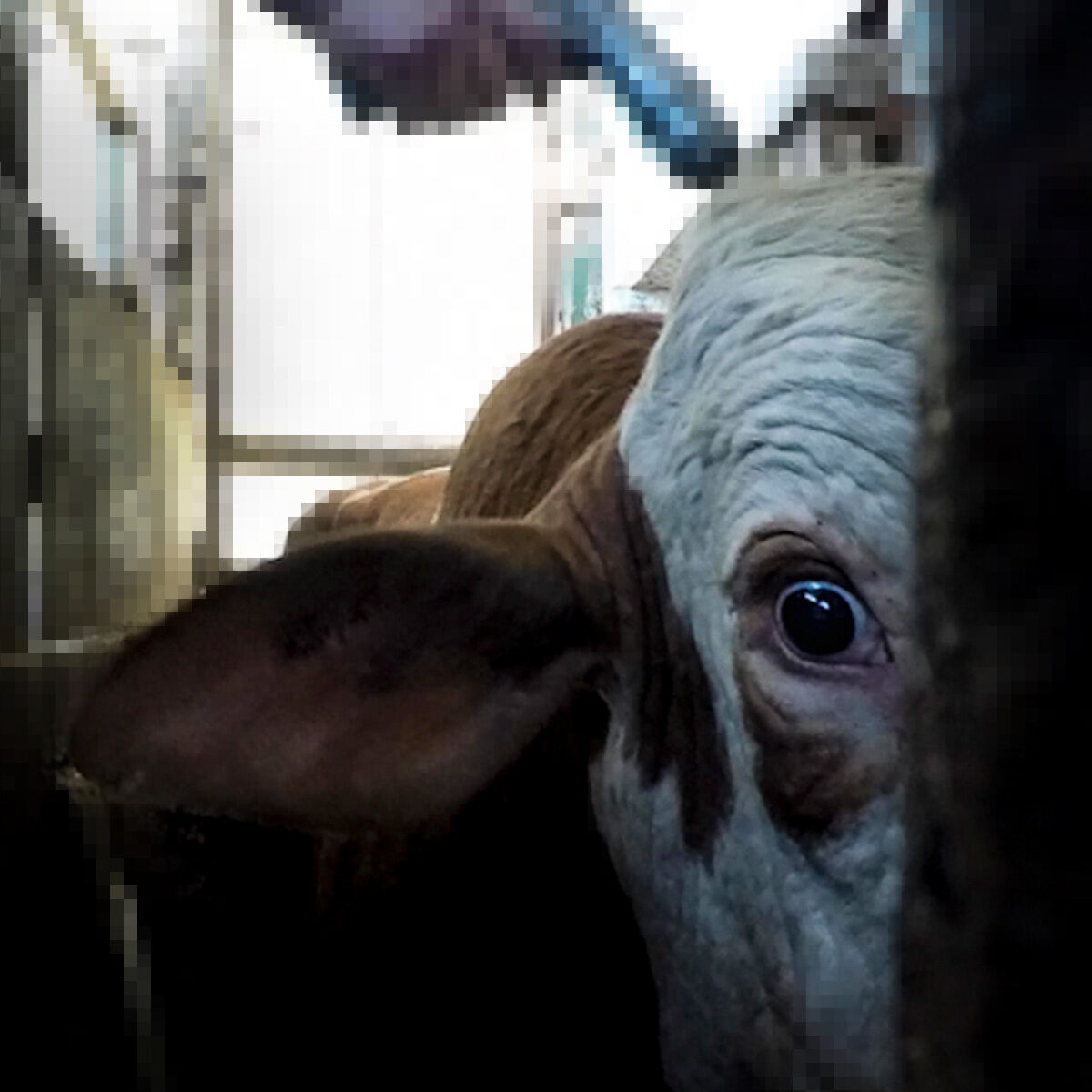