Following Animal Equality’s investigation of four British, Red Tractor certified, pig farms released this month, the certification body has replied to our findings with a less than satisfactory response. Here we address some of their remarks and explain why the tractor is less than trustworthy.
20/11/2017 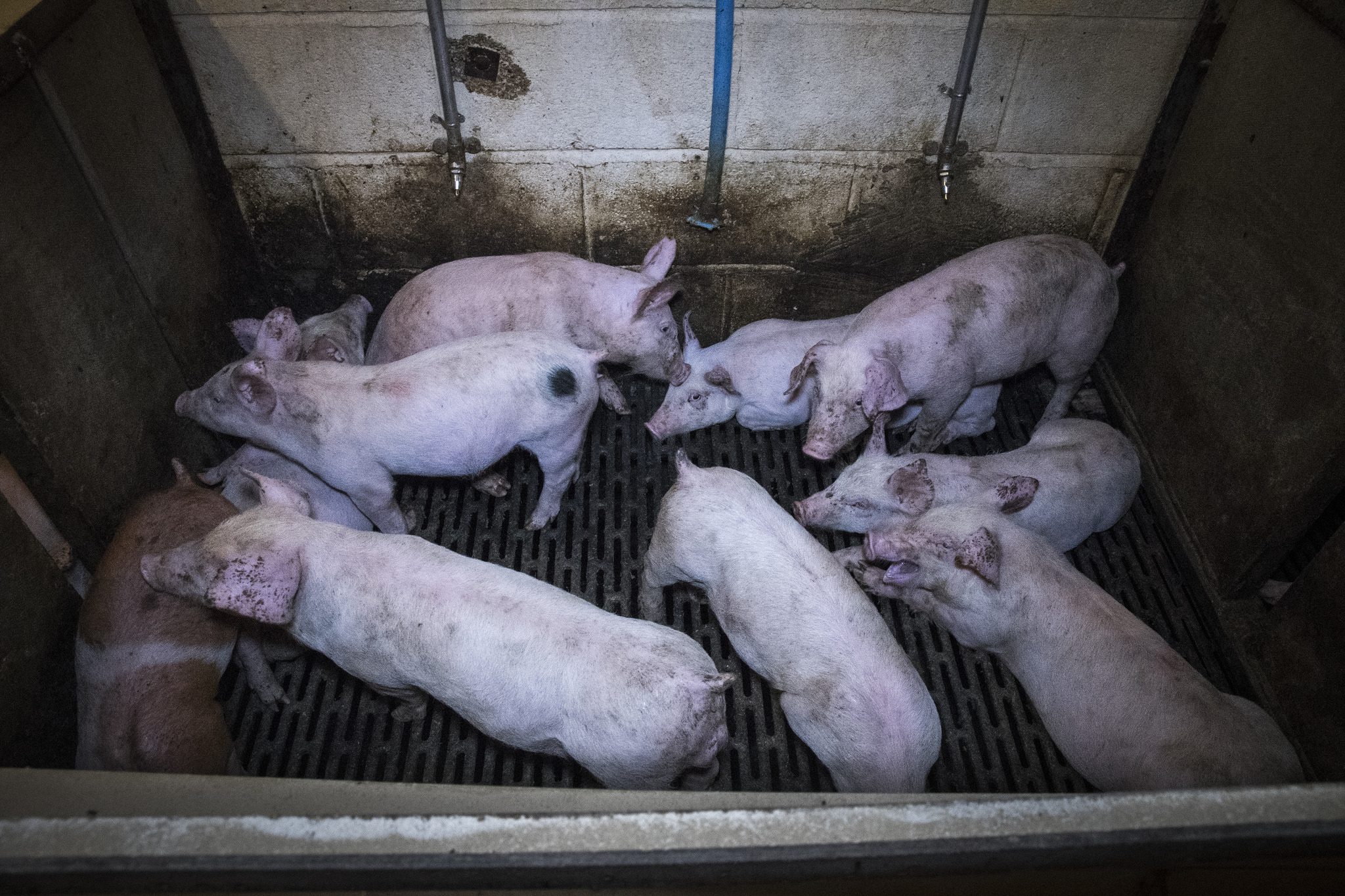 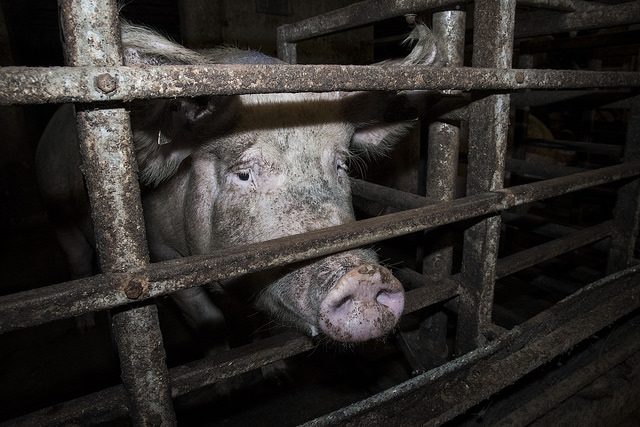 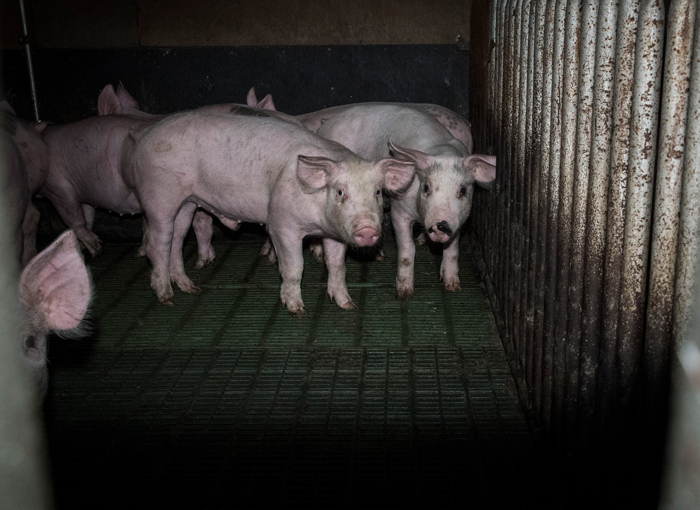 Red Tractor states that it launched an immediate investigation as soon as it received our allegations, and all the farms in question were independently inspected the same day. Hall Farm, which we filmed using sow stalls, was immediately suspended, but reinstated after a farm visit.

Red Tractor is disputing that the pigs at Hall farm were ‘locked in’ the sow stalls for 127 hours and instead claim that the stalls are actually ‘free-access’, allowing the pigs to go in and out at will. Our footage clearly shows that one group of pigs did not leave the stalls for 127 hours until the workers opened the front of the stalls and let them out. In another group of pigs confined for 72 hours, two pigs did manage to get out of the stalls with great effort, but as soon as the worker came in and spotted them they were put back in the cages. This is hardly ‘free access’.

The farm was given the all-clear without Red Tractor ever seeing our full evidence, despite it knowing the full 127 hours of footage was available. It states that no other major issues were picked up at the inspection, and did not comment on our finding of two severely injured pigs left in a pen with other pigs, one clearly struggling to access food and water. 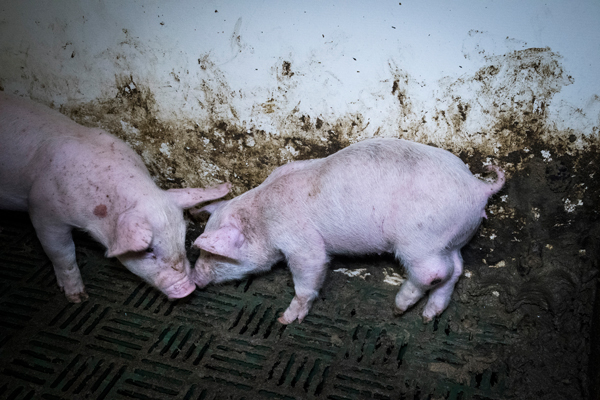 Our footage from Poplar Farm shows dead pigs left out in the yard, a pen full of pigs with wounded ears and two lame pigs left in a pen with other pigs, plus two severely scarred pigs who were obviously victims of aggression. Red Tractor has required the immediate re-training of staff at this farm on the disposal of fallen stock and the earlier, prompt identification and treatment of sick animals, but the other issues have seemingly been ignored. 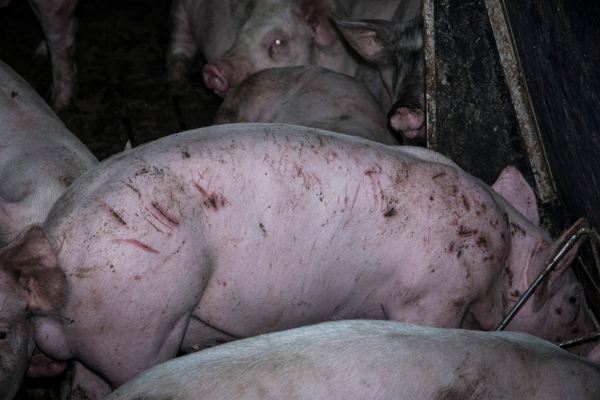 Red Tractor standards do not permit routine tail docking and it claims this was not taking place at the farms. However, every pig on every farm we visited was tail-docked. The video and photos show this clearly. If Red tractor claims otherwise, we expect to see its evidence and a figure for the proportion of pigs who are tail-docked on each farm.

The Welfare of Farmed Animals Regulations 2007 states that pigs must have permanent access to manipulable materials such as straw, hay, compost or sawdust, and that objects like hanging chains or old footballs are not adequate. Red Tractor states that its inspections found 3 of the 4 farms met enrichment standards. But our footage shows that this cannot be the case. Where there was enrichment, it was only hanging chains and old footballs – no straw, hay or compost. 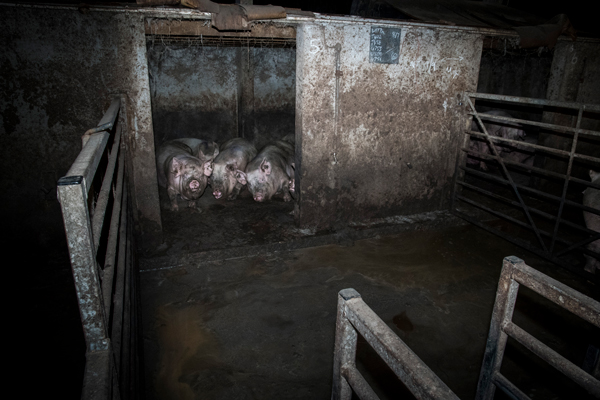 We are extremely disappointed and frustrated that Red Tractor has rubber stamped the majority of the farms we investigated, and played down the severity of our findings. If UK law to protect farmed animals is not enforced by the bodies responsible for doing so, why do they exist at all?

You can help pigs today by leaving them off your plate. Visit loveveg.uk to discover alternatives to animal products and www.animalequality.org.uk/actionforpigs to demand action.