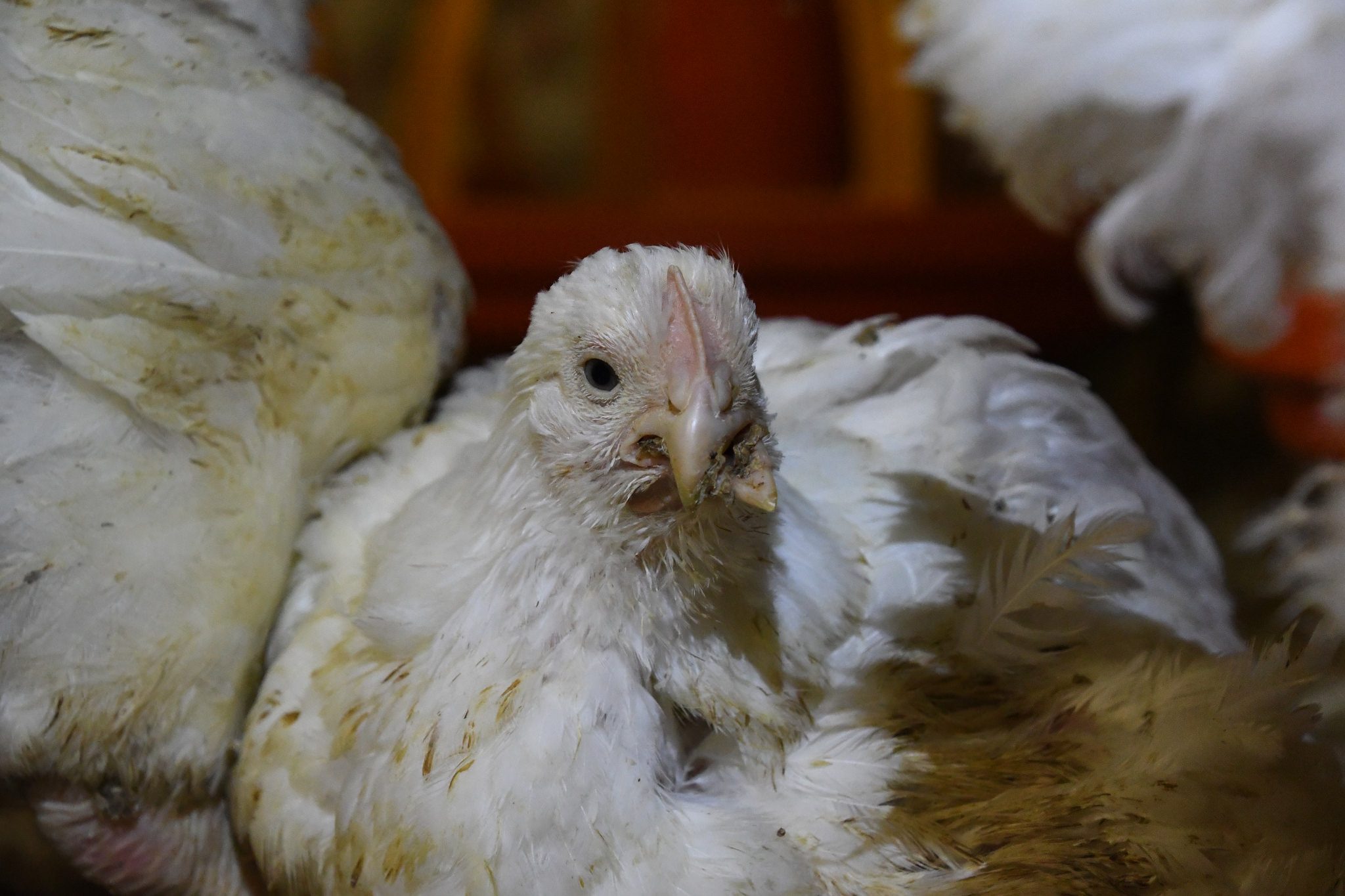 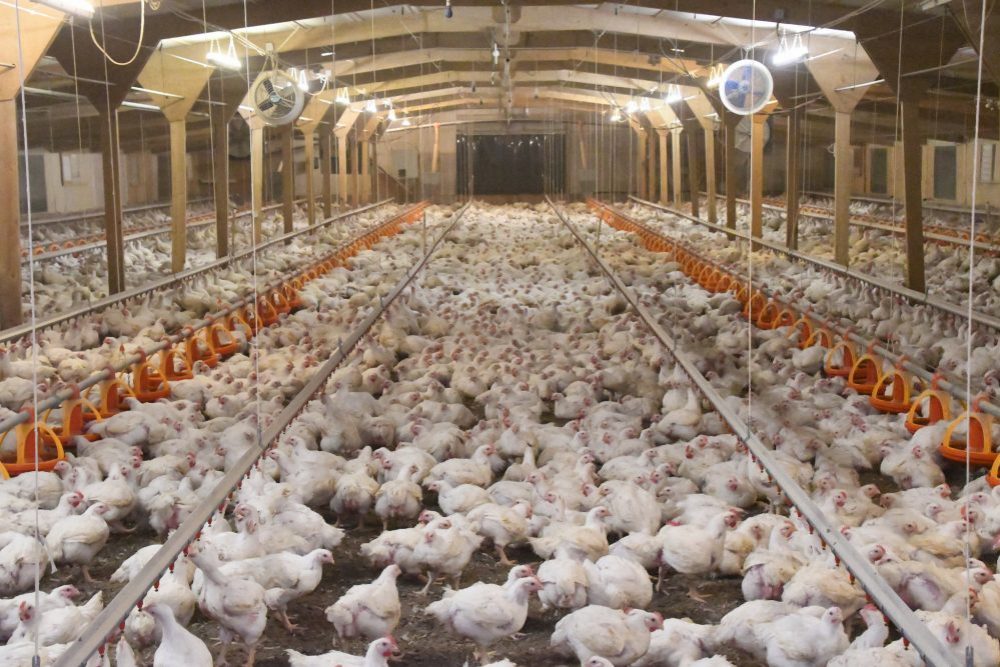 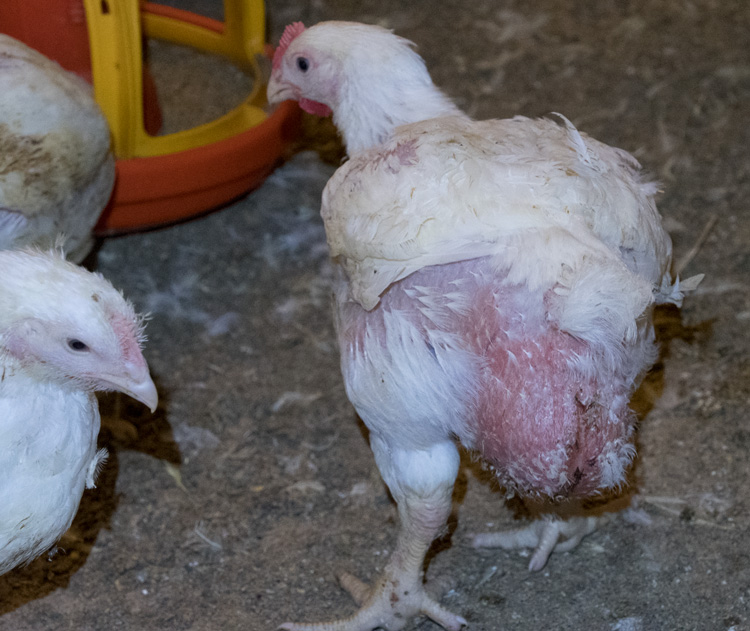 Today, we are releasing scenes of extreme suffering and cruelty filmed over the past two months on a West Country chicken farm that supplies Faccenda – the UK’s second largest chicken processor. More than 150,000 birds are housed in four giant sheds on the farm in crowded, barren conditions – to end up on shelves and menus of retailers Nando’s, Lidl and Asda.

Distressing scenes captured by our investigators include:

The birds were just a few days old when we first filmed, yet already hundreds of chicks were dying every day. The bins outside the giant sheds were full of tiny bodies, still with their yellow baby feathers. 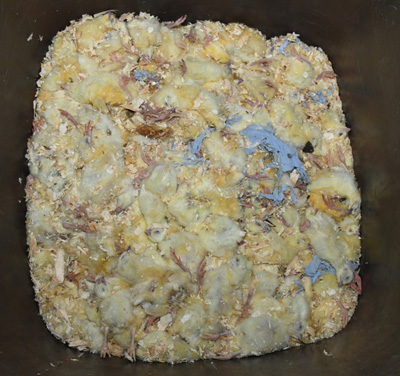 Just a couple of weeks later, the skips were fuller still and many of the birds were suffering from painful lameness. 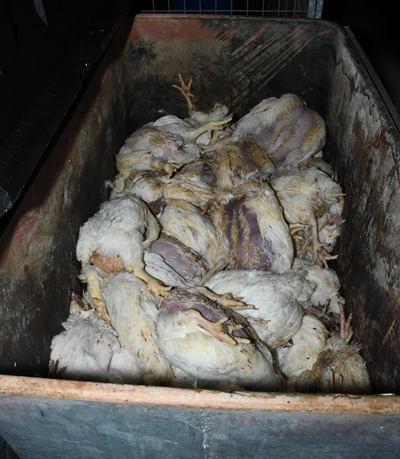 By our last visit, the sheds were so crowded it was difficult to walk through them. Some birds were on their backs slowly dying as they were unable to stand up, while others had large sores from constantly sitting in the ammonia-soaked litter, in too much pain to walk. 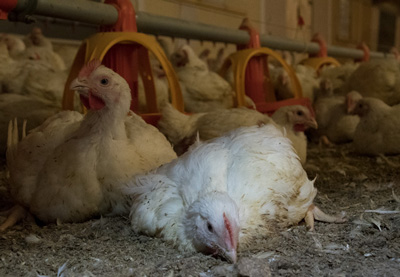 This shocking reality suggests we are not ‘leaders in animal welfare’ as claimed in the current row over US imports.

Modern breeds of chicken have been selected to gain weight fast, which maximises profits at the expense of welfare. Their young legs struggle to support an adult-sized body and their small hearts are put under enormous pressure, leading to an on-farm mortality rate of 3-5%. That equates to tens of millions of birds not surviving to the slaughter age of six weeks. Yet the lives of these animals have such little value that it is more profitable to suffer these losses than improve conditions.

You can end this sad story by choosing to eat plant-based options instead of animal products.