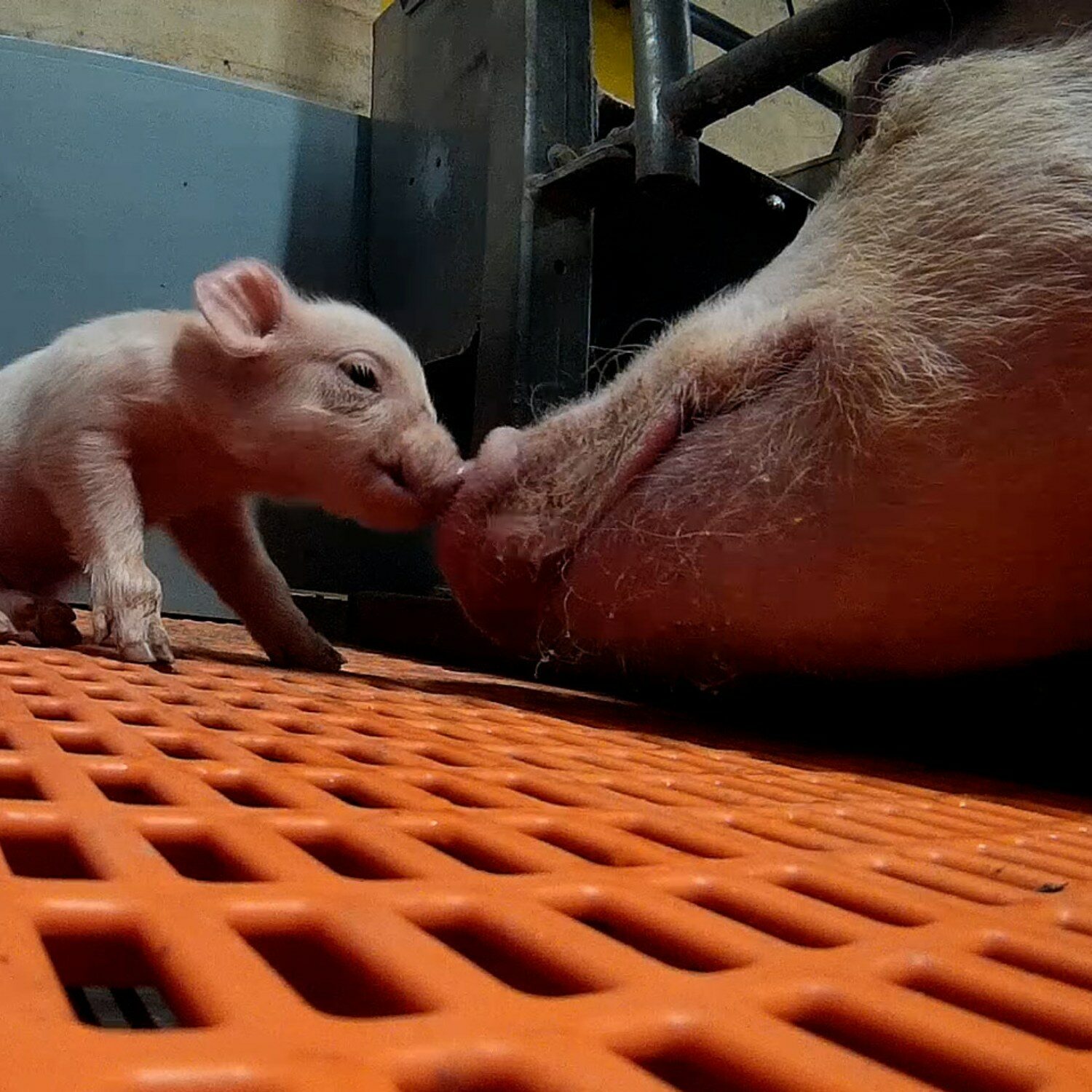 Motherhood: The Life Of A Mother Inside Factory Farms

A mother’s love is universal.

Millions of animals who are bred and killed every year on farms all over the world are mothers.

But on factory farms, a female animal who gives birth is not considered a mother.

Instead, she is considered to be a breeding machine, whose only purpose is to keep giving birth in order to keep feeding humans with her milk or the flesh of her babies.

Mother Cows In The Dairy Industry

Cows used for their milk in the dairy industry are all mothers.

Just like humans, a cow only produces milk for her baby.

Once she becomes pregnant, she carries her baby in her womb for nine months before giving birth.

Once she gives birth, she starts producing milk for her newborn calf – milk that her baby would naturally drink during the first 10 months of his or her life.

However, on dairy farms, the milk she produces will not be given to her baby, as it will instead be bottled up for human consumption.

And so her calf is separated from her – often within just hours or days of being born – and swapped for a milking machine which is attached to her teats.

This process lasts for three months until she is impregnated again in order to maintain unnaturally high yields of milk production.

This cruel, abusive cycle is repeated on average three or four times until the cow – exhausted by the repeated pregnancies, births and unnatural milk production – is killed and sold for cheap meat.

The separation of cows and calves is extremely distressing for both the mother and her baby.

During multiple investigations carried out by Animal Equality, mother cows and their newborn calves have been filmed calling out to each other desperately for hours or searching for each other in vain. These scenes can only be described as heartbreaking.

Mother Pigs In The Meat Industry

The meat industry uses female pigs – also known as sows – to breed piglets for human consumption. This means that these sows are artificially inseminated multiple times a year throughout their lives, forcing them to become pregnant.

About 60% of UK pregnant pigs are confined in tiny, barren crates for weeks at a time, where they are unable to carry out even the most basic of behaviours, like walking or even turning around.

In this miserable, unnatural environment, they will give birth and be forced to attempt to nurse their piglets while confined behind bars.

After going through this cycle twice a year for several years, they are then killed and sold for cheap meat.

Mother Hens in the Egg Industry

It’s no surprise that they earnt this nickname, as research shows that hens are very maternal and protective mothers.

When her chicks are in distress, a hen will react physically, showing empathy. Her heart rate will increase and she will start calling for her babies.

Tragically, in the egg industry, hens do not have the chance to be mothers, as their only ‘purpose’ is to produce eggs destined for human consumption.

Selectively bred to produce the maximum number of eggs, millions of hens on egg farms in the UK spend their entire lives – up to two years – packed in filthy, wire cages with around sixty other birds.

The cages are so small and crowded that hens cannot even spread their wings fully, dust bathe, peck or play. They are stopped from carrying out these most basic natural behaviours.

Female chicks will take the place of their mothers to continue egg production. Male chicks instead, unable to produce eggs, are gassed to death.

Like humans, animals are capable of making their own choices, nursing their babies and displaying love towards one another. But farmed animals do not have the freedom to decide anything about their own lives or their young. Instead the animal agriculture industry makes these decisions for them, separating them, mutilating them and causing them immense suffering.

Help us protect these mothers by making a gift. A donation of any amount will have a huge impact on their lives and bring us closer to the world we envision. A world where all animals are respected and protected. A world where mothers and their babies can be together.