For a limited time only, all donations are doubled. Don't miss out! Donate now 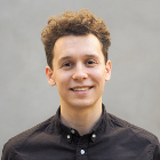 The amount of salmon eaten around the world has grown exponentially in recent years, but where do the billions of fish that serve to meet this demand come from?

This was the central question posed by a program that aired last week, called Le Iene, on a major Italian TV channel, Italia 1. The program showed images captured by Animal Equality investigators from inside a salmon slaughterhouse in Scotland.

Scotland is the third largest producer of salmon in the world and the Scottish salmon industry exports a huge amount of salmon abroad to countries like Italy. Just as European products like Parma Ham or Spanish chorizo are consumed in the UK, Scottish salmon has become well-known internationally, although consumers often know very little about its true origin.

It was shocking for Le Iene’s audience then when the presenters of the program showed images collected by Animal Equality UK investigators, which showed the brutality with which salmon are killed in the Scottish salmon industry. The images from our investigation, released earlier this year, showed salmon receiving repeated hammer blows to the head and in some cases, having their gills painfully cut and torn while still conscious.

“We know that these images are not pleasant, and in fact they have caused quite a stir, but it seems only right to show them to make everyone understand what is often behind what we find on the table”

The program also discussed the living conditions that salmon are confined in on intensive salmon farms such as those found in Scotland. Don Staniford of the Scottish Salmon Watch association who appeared on the program, reported that up to 100,000 salmon can be locked up in a 30 meter diameter tank. This concentration makes the living conditions of these fish completely inadequate and promotes the spread of diseases and parasites such as sea lice, which literally eat salmon alive.

In February, Animal Equality addressed an open letter to UK ministers calling for specific legal protections for fish. The letter was signed by 70 animal welfare experts and animal protection leaders, including leading expert in animal biology, Dr Lynne Sneddon, who stated “the science has spoken: fish feel pain, much like we do. We must do more to protect these sensitive creatures.”

Intensive fish farming does not only mean that fish are forced to endure a life of suffering and a brutal death, it also has a major impact on our environment and on human health.

In fact, it is not uncommon for large quantities of chemicals to be used in the tanks to try to cure salmon from diseases or lice infestations, as shown in the report from Le Iene.

The presenter of the program, Matteo Viviani, wanted to find out if salmon meat that had been treated with these chemicals was being imported into Italy. To do so, he bought some salmon fillets in various supermarkets and then asked some laboratories to analyse them.

The first surprising thing that he found was that, of the three laboratories contacted, two refused to carry out the analyses due to “company regulations”. Only one of the laboratories therefore provided a short report of the analyses, but asked not to be mentioned .

And the results of the analyses? Of the five samples presented, only one was found to be free from these chemicals. Another sample was found to have less but still be deemed “up to standard”, two samples were found to be “not up to standard but marketable thanks to a European law that raised the allowable limits” and one “out of standard and not marketable, with double the permitted levels” of chemicals.

Artificial colours are also very often used in salmon meat. It is a common practice in the salmon industry to “colour” the fish meat as consumers are more inclined to buy a more reddish salmon.

The program ended with advice for consumers on how to recognise salmon meat from intensive farms, but for us at Animal Equality, this does not get to the heart of the real issue. Ultimately, the best way to ensure that we do not support the animal cruelty and environmental damage of industries like the farmed fish industry is to leave salmon off our plate.

We also know that, more than ever, the intervention of the Government and greater control and regulation is badly needed. The salmon industry claims to be among the most regulated industries in the world, yet there are no meaningful, specific legal protections for aquatic animals in UK law. Self-regulation does not work and existing regulations do not go far enough. Animal Equality’s dedicated team continues to work with renowned academics, experts and lawyers to lobby Government officials on this important issue and we will not stop until the Government takes action. 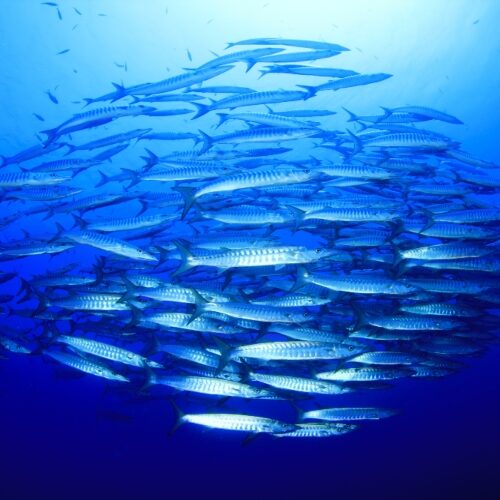