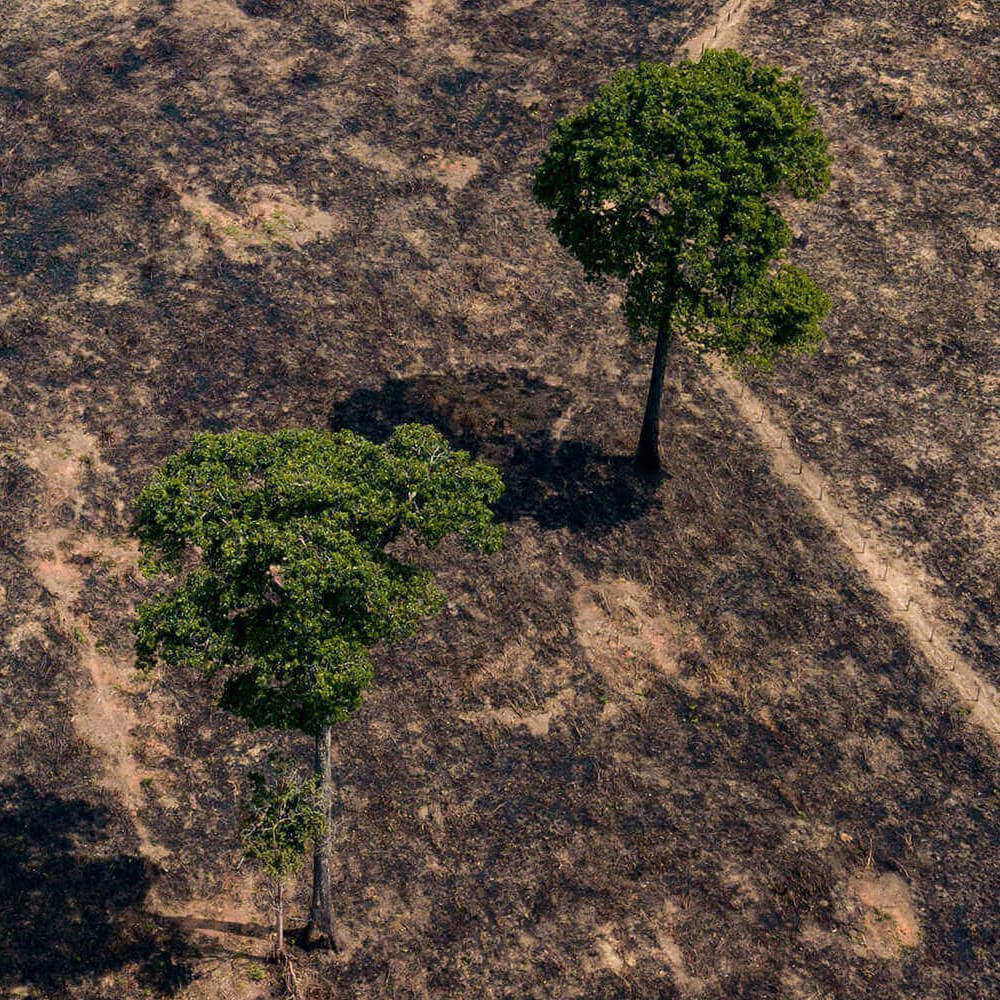 Animal Equality today released alarming aerial drone footage showing the devastating effects that the deforestation driven by animal agriculture is having on the Amazon rainforest. Our investigators visited the state of Pará in North Brazil and filmed the bleak scenes in September 2019.

The fires currently raging in the Amazon rainforest, which have garnered global attention, are being purposely lit to clear land for farming cows and growing soy crops. According to the USDA, Brazil is the world’s largest exporter of both beef and soy. On one single stretch of road, investigators witnessed more than 1,000 trucks loaded with soy travelling to the Port of Itaituba. The majority of soy grown in Brazil and globally is used to feed farmed animals including pigs, chickens and fish raised for their flesh, as well as cows used for dairy and hens farmed for their eggs.

The stark scenes show the true environmental cost of animal farming. Where tropical biodiversity once thrived, vast swathes of land are now desolate, destroyed to feed the global demand for meat and fish.

Deforestation not only destroys important natural habitats, causing mass species extinction and threatening the homes of Indigenous Peoples, it also contributes heavily to greenhouse gas emissions. Carbon dioxide is released into the atmosphere when rainforests are cleared or burnt for animal agriculture, intensifying climate breakdown.

If you’re concerned about our planet’s natural environment, you can avoid dining on this deforestation by choosing plant-based options instead of animal products. Get started today at loveveg.uk.