Over 40% of hens in the UK are currently crammed into cages and locked away for life. This cruel confinement cannot continue. SIGN NOW!

Dear the Right Hon. the Lord Goldsmith of Richmond Park, Minister of State (Department for Environment, Food and Rural Affairs),

We, the undersigned, join Animal Equality in calling for a ban on keeping hens used for their eggs in cages in the UK.

As you may have seen, a recent investigation carried out by Animal Equality exposed a ‘quality assured’ British egg farm confining hundreds of thousands of hens in abhorrent conditions.

Hens in cages today suffer a miserable existence crammed into overcrowded, barren, wire-floored confinement they are barely afforded the space of an A4 piece of paper.

Such appalling conditions clearly have significant and disturbing ramifications for the animals, causing serious physical and psychological issues. Many hens shown in Animal Equality’s footage were suffering from severe feather loss – some were nearly bald. Others showed signs of painful hernias and red, raw skin.

Whilst ‘conventional’ cages were banned in Britain years ago, so-called ‘enriched’ cages – which bear a striking resemblance to those that have been outlawed for failing to meet hens’ basic welfare needs – are still permitted. Latest statistics show that over 40% of hens in the UK spend their entire lives in crowded cages. This is heartbreaking and outrageous.

We call ourselves a nation of animal lovers, so how can we allow cruel cages to continue?

In May 2019 the ‘End the Cage Age’ parliamentary petition amassed overwhelming public support, reaching over 100,000 signatures.

In March 2020 Defra responded, stating that it was “examining the future use of cages for all laying hens”.

The time has come for us to ban cages for hens.

We, the undersigned, call on you to act now and without delay. 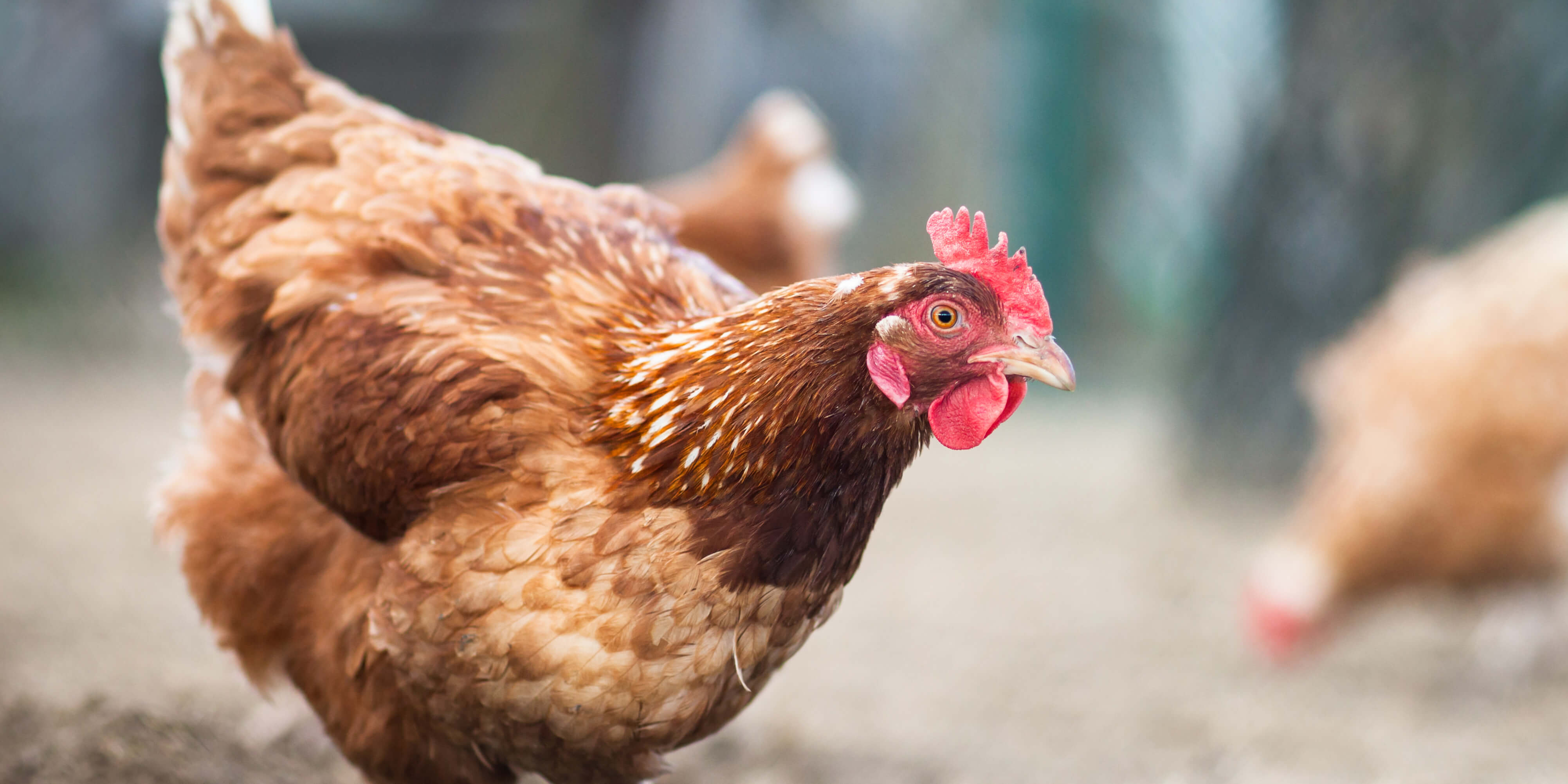 Thank you for taking action to help hens!

We need to fix this broken system. Please share our petition and help us spread the word about the cruelty that our investigation exposed.

Thank you for your support! Your actions are making a huge difference for farmed animals.

Stacked four tiers high in gigantic sheds, this facility holds hundreds of thousands of hens every year. With less space than an A4 piece of paper each, these birds suffer extremely, both physically and psychologically.

These scenes were captured on a quality assured, ‘Laid in Britain’ certified egg farm.

These chickens were grossly crowded, in a barren environment devoid of virtually any environmental enrichment, and unable to exercise key [...] natural behaviours. Such conditions cause chronic stress. Professor Andrew Knight, University of Winchester 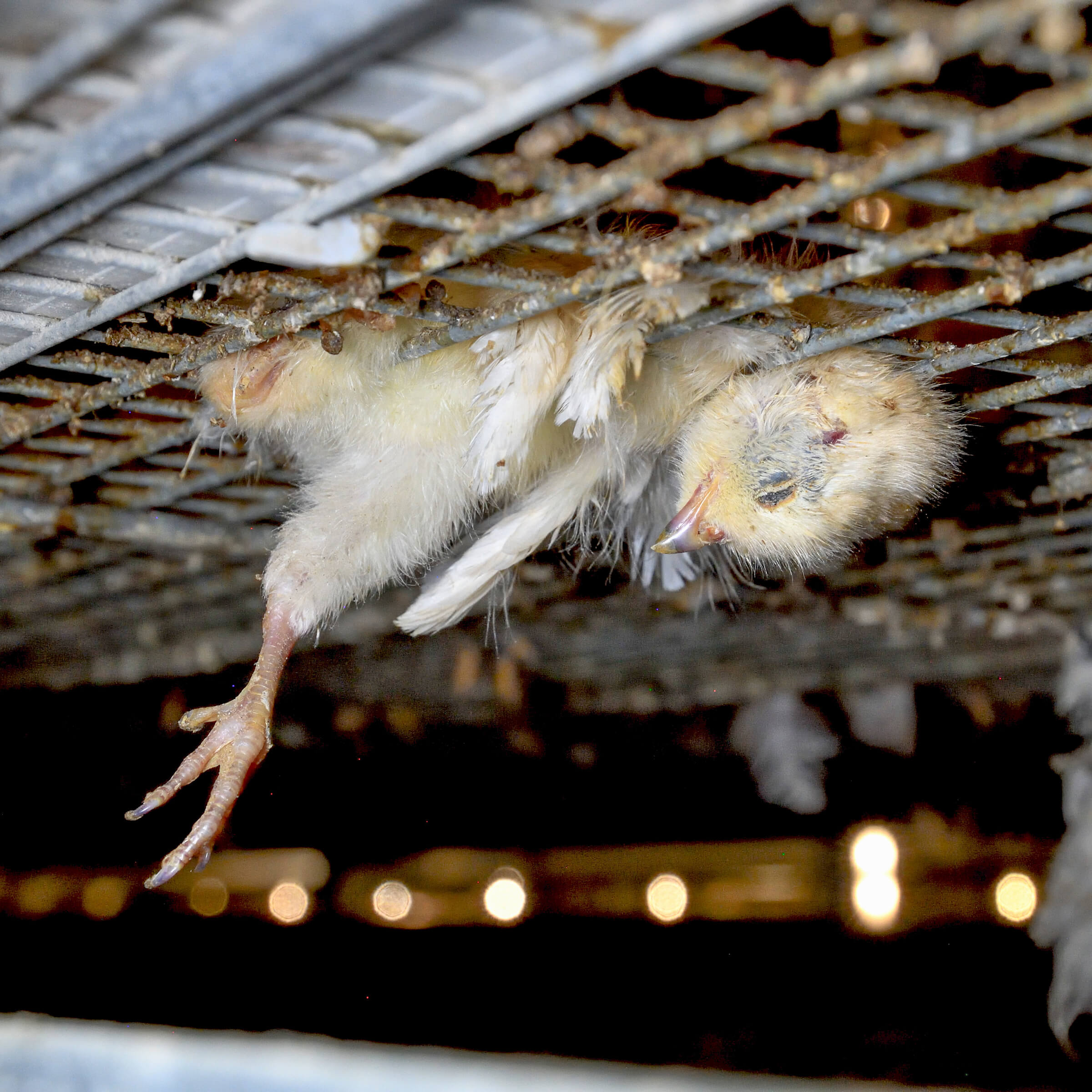 Companies like to paint a picture of happy hens lovingly laying eggs for us to eat, yet they fail to add that 41% of hens in the UK are kept in cages.

As a nation of animal lovers, we must demand that this unacceptable treatment of animals comes to a close.

A petition calling to ‘End the Cage Age’ – led by Compassion in World Farming – garnered support from over 100,000 British citizens. This call to ban cages for all farmed animals is supported by Animal Equality and many fellow animal protection organisations. In March 2020 Defra responded, stating that it was “examining the future use of cages for all laying hens”. Whilst we are pleased to see this progress, hens need actions, not words.

Cruel cages must be banned, without delay.

You can make a difference for hens today.

Sign our petition to find out how you can change this broken system.