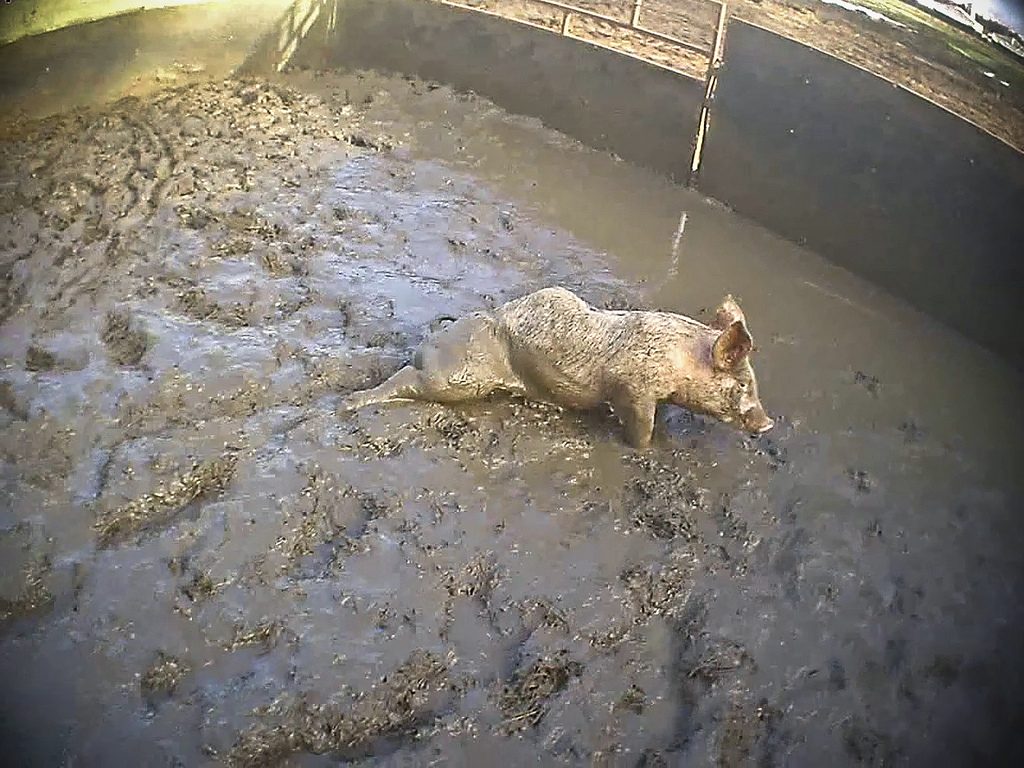 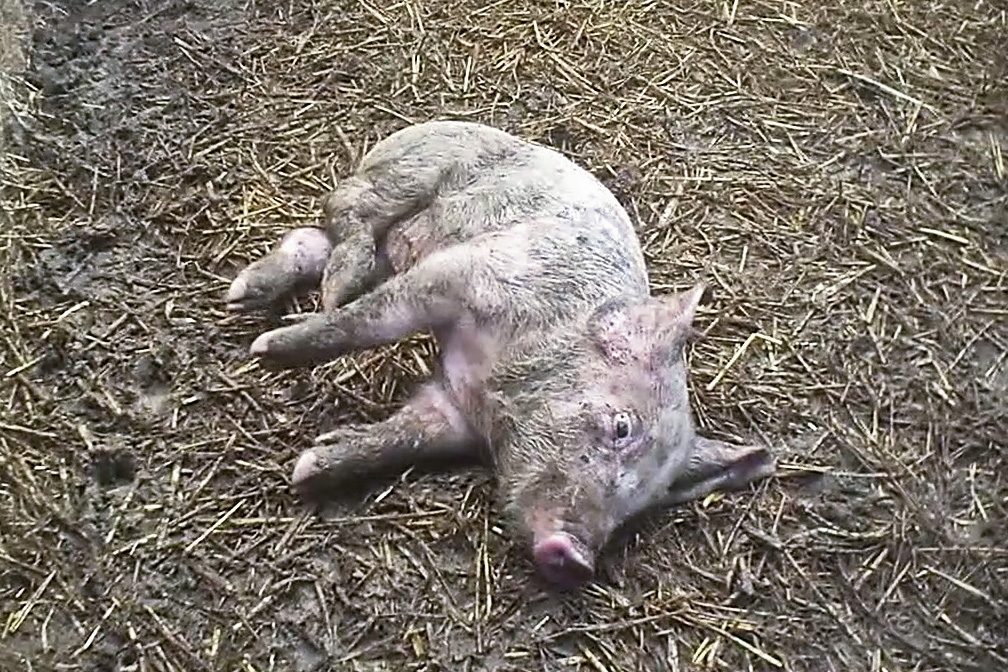 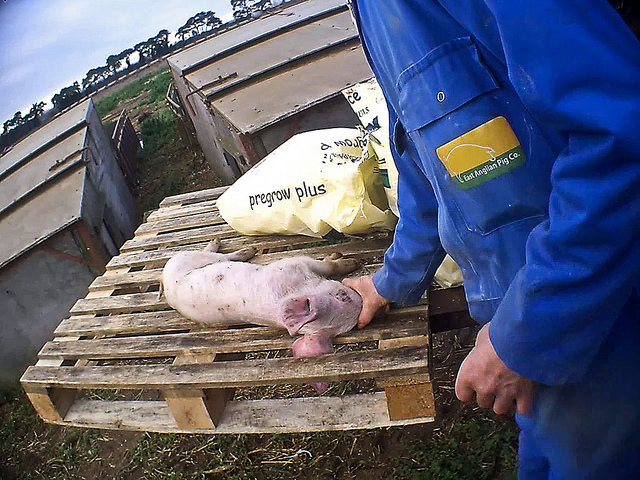 A number of comments have been made about the Animal Equality undercover investigation, published on Sunday the 22nd of April in the Sunday Mirror. Animal Equality carried out an intensive month-long undercover investigation into two different pig units belonging to East Anglian Pig Co. Ltd. (EAP).
EAP sell their pigs to Cranswick Plc, which is one of the largest pork producers of the UK. Cranswick Plc. supplies to leading supermarkets and brands. EAP pig farms are approved by the ‘Freedom Food’ scheme, which is monitored by the RSPCA‚ and are labeled as ‘Red Tractor Quality Assured’.

All footage is genuine. Animal Equality has enough evidence to prove, that what was exposed last Sunday belongs to Little Thorns, and Didlington,The Piggery units, from East Anglian Pig Company. Animal Equality is a respected and well-known international animal rights organisation. Our work is serious and professional and we would never publish non-authentic footage.

The RSPCA has stated that there are no grounds to prosecute the two farms (Little Thorns, Weaner Unit and Didlington, The Piggery) investigated by Animal Equality – one of the reasons as being due to the time that it took our organisation to release the footage (3 months). Animal Equality would like to emphasize that collecting and analysing evidence from such an intensive and long-term investigation requires time. Our experts have to thoroughly review the footage and images, so they are able to provide a veterinary and behavioural opinion on the situation for these animals. This professional opinion enables us to explain the situation better to the public and the media. Animal Equality was also carrying out at the time further investigations, and we did not want to compromise our undercover investigators. 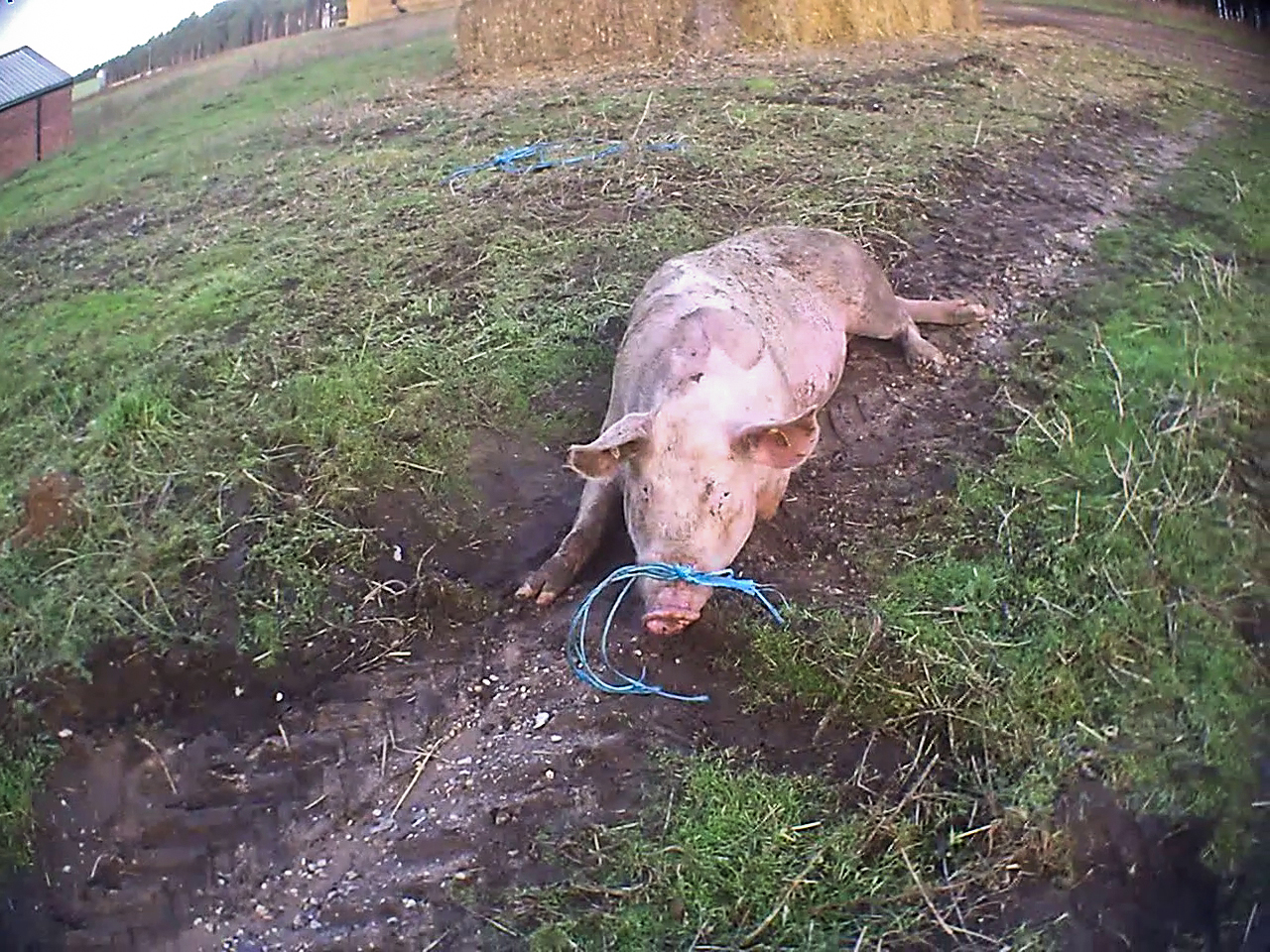 On the other hand, the RSPCA is prosecuting Harling Farm – A farm recently investigated by us. Footage from Harling Farm was also released several months after being filmed, due to the reasons outlined above. The fact that Harling Farm is being prosecuted and ‘Little Thorns, Weaner Unit’ and ‘Didlington, The Piggey’ aren’t makes it difficult to accept the reason givenby the RSPCA for not prosecuting again.

EAP farms are labeled under RSPCA scheme, as is specified on the EAP website, which is now only accesible through webarchive: http://web.archive.org/web/20100106130057/http://www.eapigs.co.uk/welfare

We would also like to highlight that the RSPCA visited both farms two weeks prior to the release of the Animal Equality’s investigation, and both farms were given a ‘clean bill of health’ by RSPCA inspectors. This was stated by EAP to the BBC: http://www.bbc.co.uk/news/uk-england-norfolk-17804243

Further disturbing information that we can reveal is that Jim Burling; the current Pig Production Manager of EAP, is also a current member of the RSPCA Pig Standards Working Group: http://www.rspca.org.uk/sciencegroup/farmanimals/standards/pigs 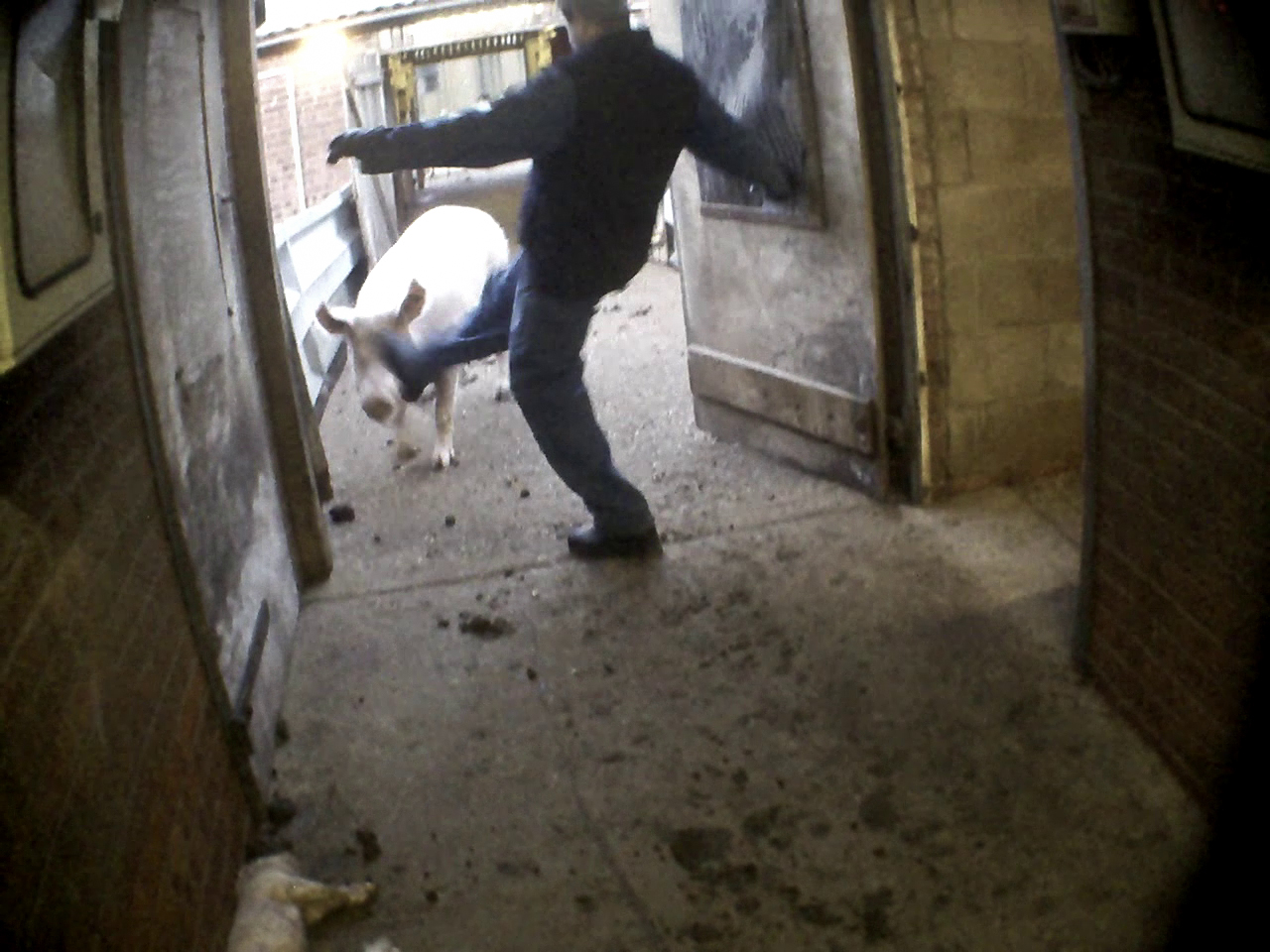 This fact deeply concerns our organisation, as it indicates that the RSPCA carries an biased opinion on issues related to animal farming.

We would like to reiterate that the time Animal Equality takes to collate, analyse and release investigation findings should not, in any way, be used by to divert the debate from the dramatic and shocking images documented, and any debate on the investigation should be focused on these.

We are pleased that some of the retailers have reacted and decided to suspend contracts with the two farms exposed by Animal Equality. Animal Equality’s investigation only shows the tip-of-the-iceberg however. Animal farming industries are centred upon exploitation and the suffering can be seen whenever an investigation of this nature is carried out. It is unavoidable, which is why we, as an organisation, advocate that people can make a difference by not demanding or consuming animal products.”
Warning: The video your about to see contains graphic footage.

Sainsbury’s, Tesco, and The Co-op, not only sell EAP-sourced pig meat through Cranswick Plc. (through the various brands listed below), they have also awarded Cranswick Plc. for their pig meat products:

All information is available at: www.cranswick.plc.uk and the EAP website.

"Animal Equality has carried out a through investigation to expose once again the British pig industry.

Animal Equality aims to show that regardless of whether animal farming is labeled as ‘High Quality Assured’ or ‘Freedom Food’, there exists pain, suffering and exploitation on a huge scale. We do not need to contribute to the institutionalized deprivation, humiliation, imprisonment and suffering that occurs each day to billions of sentient beings. Without the public demand for animal products a great amount of misery and exploitation can be avoided.