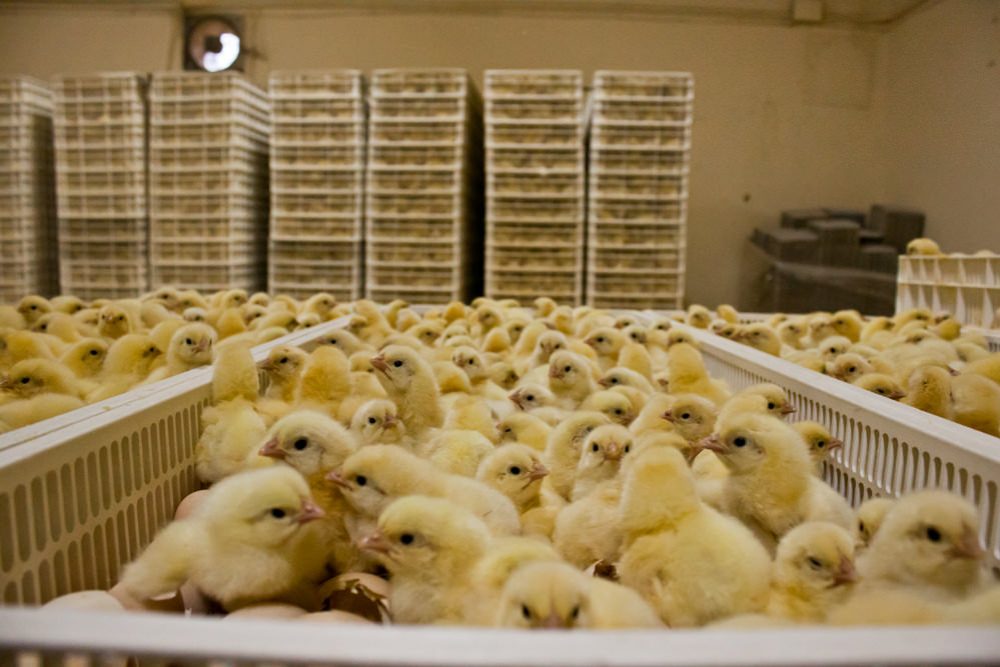 The Sad Story Of Ricky And Max

Dane
02/01/2016
The story of Ricky and Max is one that millions of animals experience in the cruel meat industry; a story that should make us think about the violence of an industry that considers animals as mere products while obtaining the maximum economical benefit. 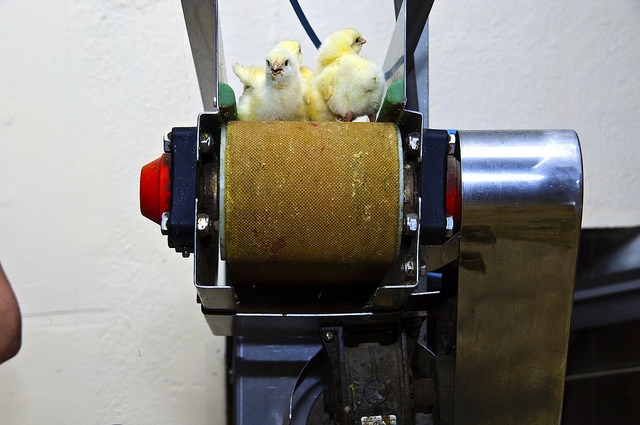 The two chicks were born on the same day. They broke through the shell and began to chirp for their mothers. Their names were Ricky and Max. Max was smaller than Ricky, but for them, that meant nothing. When they realized that their mothers did not respond to their call, they sought protection and heat snuggling with one another. 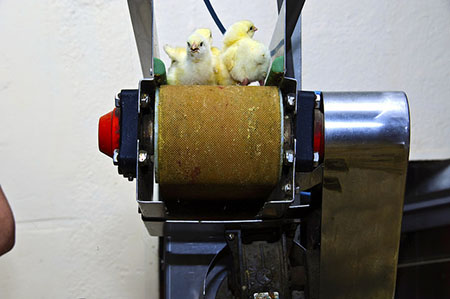 They were so afraid. They didn’t understood what was happening and their instinct told them that something wasn’t right. They were born in an industrial chicken hatchery with more than 55,000 chicks. The sound of many others calling their mothers confused and frightened them.

A worker opened the door and took the tray where Ricky and Max were to the processing room. The first thing that Ricky and little Max ever saw in their short lives was that cold, metallic warehouse and another thousand terrified chicks, just like them.

They were desperately looking for one another, because each other is all they had. Max, smaller and weaker, was trampled by other chicks, who were avoiding being crushed. Ricky heard the unmistakable chirping of his new and only friend, and after pushing others, he found him. But when he was about to protect him and keep him warm, a worker’s hand grabbed him and threw him onto another conveyor belt.

Max was left behind. Ricky was desperately calling him, but the small and weak Max was dumped onto a tray of discarded chicks. His weight was not suitable (i.e. not commercially profitable) for the chicken meat industry.

Max, terrified of losing Ricky, sought the warmth of another chick that was dumped in the tray. But when Max got closer, he realized the chick was dead.

Ricky was moving on the conveyor belts, abruptly from one to another. On his way, he saw several companions falling to the ground, and others dead or dying because they were born too early and too weak.

Then, Ricky saw Max in the box of discarded chicks. He tried to get his attention from the conveyor belt. Max heard him and began to ask for his help, hoping that his friend would save him.

The two chicks stared into each other’s eyes, their hearts were wildly beating. In that moment, a hand grabbed little Max. Ricky could not look away. The worker grabbed Max’s head. Ricky listened to Max desperately calling him. The operator began squeezing his neck and pulling it brutally. Max stopped chirping. Ricky witnessed the horror as the worker tore the head off of poor little Max.

Traumatized, he continued the tour on the conveyor belts, getting closer to his own inhumane destiny. He could not ever imagine at the time that, compared to what awaited him, Max had actually been the luckier one.

For Ricky, Max, and millions of animals like them that desperately need your help, please consider adopting a vegan diet. Find great tips and recipes at veganuary.com.